Vietnam is, without a doubt, the country which has the most attention in Western literature and non-fiction. Sadly, a huge percentage of this is, of course, focused on the Vietnam war and the country’s 2,000-odd year history and an integral part of the Angkor, Funan and Chenla empires.

Having said that, it was much easier to pick a” best books” list for Vietnam than it was for Laos which is the most under-represented place in the Southeast Asian literature (probably because the country is relatively new, poor and landlocked). So, let’s take a look at the best books about Vietnam. 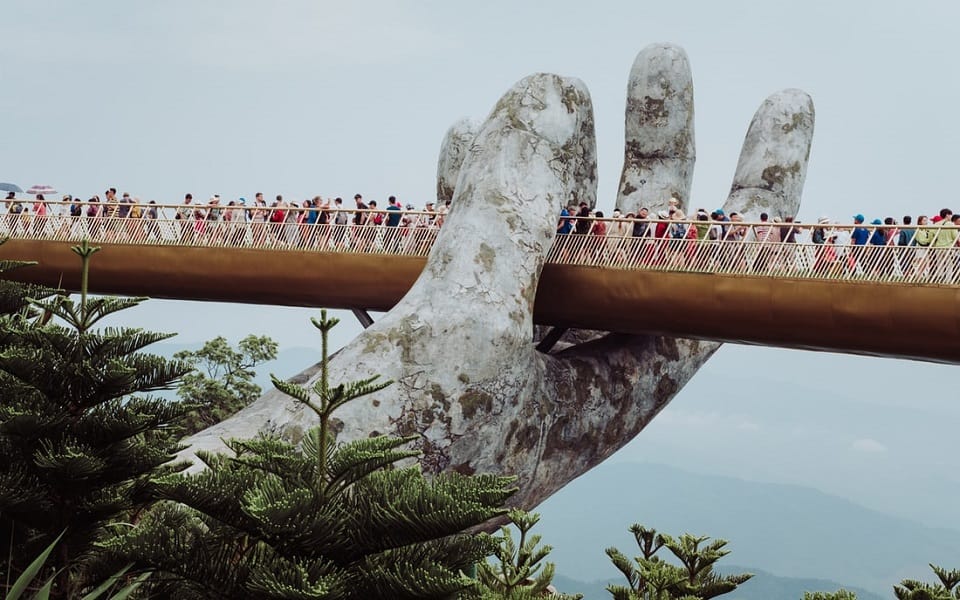 A Dragon Apparent by Norman Lewis 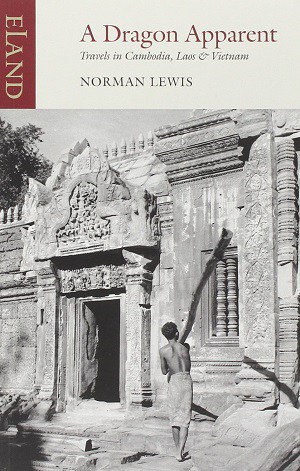 The only book to make several of our best book lists and that’s because it’s an account of Norman Lewis’ journeys through Cambodia, Laos, and Vietnam back in the early 1950s. Its companion work is also on our best books of Myanmar list.

Norman Lewis is one of the most prolific travel writers of all time and he wrote for almost 8 decades! A Dragon Apparent is one of his best and a wonderful snapshot of a much-ignored era in Indochinese history.

You can check out A Dragon Apparent by Norman Lewis on Amazon here.

The Quiet American by Graham Greene 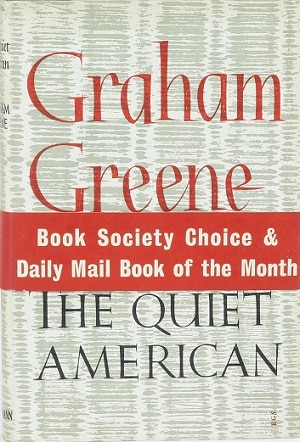 A novel that got a quick mention in our Laos review takes a very deserved slot where it belongs in the Vietnam section. The movie, starring Michael Caine, is excellent if you’re not a big reader but the book is superb and very readable.

It’s the story of a young American dispatched to Vietnam by Washington to carry out a mysterious mission. Things take a very dark turn when the naïve American steals a British reporter’s mistress. This is a real page-turner and best read in one sitting.

You can check out The Quiet American by Graham Greene on Amazon here. 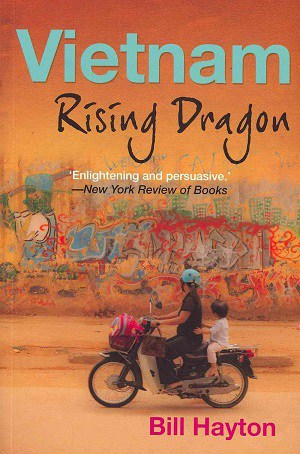 Bill Hayton was thrown out of Vietnam for sticking his nose into the country’s human rights issues. However, his book about the opening up of the Vietnamese economy as the communist regime relaxed its grip a little is very much worth reading and told with a lot of affection for the people of the nation.

He examines the environmental, social and moral costs of growth and the price that the Vietnamese are paying in terms of their history in their quest for American money.

You can check out Vietnam: Rising Dragon by Bill Hayton on Amazon here.

The Sorrow Of War by Bao Ninh 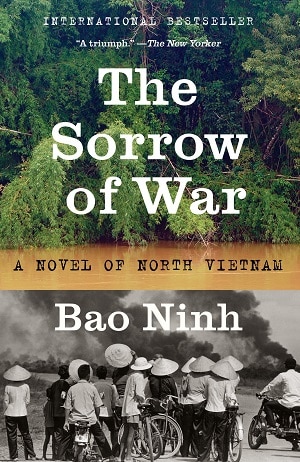 Every visitor to Vietnam with an interest in the war should read this novel which takes a look through the eyes of the victors – the North Vietnamese Army. It is a work of fiction but one which draws on the very real experiences of Bao Ninh who fought for the NVA.

Of the 500 people he signed up with, he was one of only 10 people to make it through to the end. Incredibly, the government banned this book when it was first published but later relented and it is one of the biggest-selling books of all time in Vietnam.

You can check out The Sorrow Of War by Bao Ninh on Amazon here. 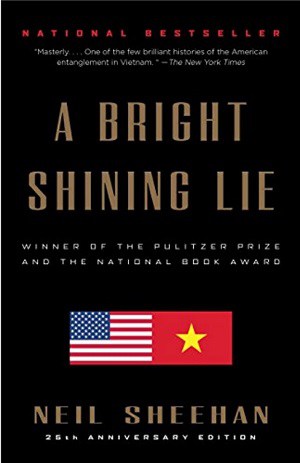 Neil Sheehan has picked up a Pulitzer Prize for reporting and you can see why, in this early work of his. It is an account of the Vietnam War told by Col john Paul Vann who shows that the US involvement may always have been doomed thanks to the corruption and incompetence of the South Vietnamese regime and its officers.

Vann eventually realized that the only way to get the truth out was to leak information to a handpicked selection of reporters which included Sheehan.

You can check out A Bright Shining Lie: John Paul Vann and America in Vietnam by Neil Sheehan on Amazon here. 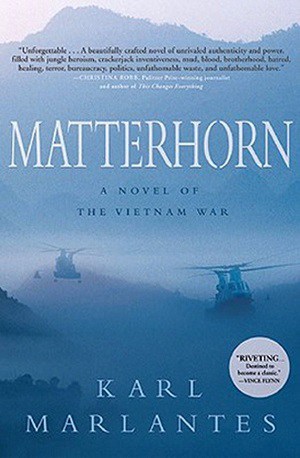 I confess this novel is lauded so much that it has to make our list but it’s one of the few books on “Best Books Lists” that I really didn’t enjoy. It’s the writing, not the story that has had me abandon this novel over and over again.

I confess at this point, I doubt I will ever finish the story of Bravo Company and their foray into Vietnam during the war. Maybe you’ll have a better experience of things than I did?

You can check out Matterhorn by Karl Marlantes on Amazon here.

When Heaven And Earth Changed Places: A Vietnamese Woman’s Journey From War to Peace by Le Ly Hayslip and Jay Wurts

It’s certainly the book with the longest title on our list but it’s actually a short and well-written account of Le Ly Hayslip’s life. She was recruited to act as a spy and saboteur during the Vietnamese War when she was nothing but a child. By the age of 16, she’d suffered nearly every indignity possible.

She fled for America when the opportunity arose but 20 years later, she returned to see what could be built in the country and with the family she’d left behind. This is a very powerful first-hand account and be prepared to cry, quite a bit, during the first half of the tale.

You can check out When Heaven And Earth Changed Places: A Vietnamese Woman’s Journey From War to Peace by Le Ly Hayslip and Jay Wurts on Amazon here.

A smash hit of classic war reportage that was a huge bestseller when it was finally published in 1977. Even today, this the book to beat when it comes to the inside view of the Vietnam War.

Be prepared to be shocked, appalled and revolted in equal measures – and don’t forget there are no happy endings in war.

You can check out Dispatches by Michael Herr on Amazon here.

Street Without Joy: The French Debacle In Indochina by Bernard B Fall 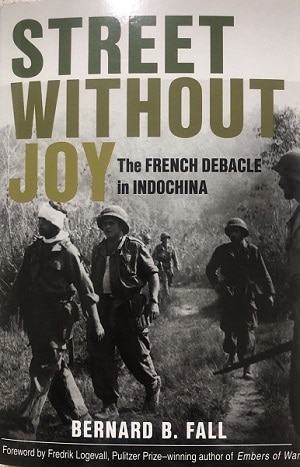 It is fair to say that French colonial rule in parts of Indochina was truly barbaric. Though the atrocities committed in the name of France have tended to be blurred from sight thanks to the dram of the Vietnam War – they should never be forgotten.

This is a tale of the French War in Vietnam, Laos, and Cambodia and it’s very much worth your attention.

You can check out on Street Without Joy: The French Debacle In Indochina by Bernard B Fall Amazon here.

Catfish and Mandala: A Two-Wheeled Voyage Through The Landscape and Memory of Vietnam by Andrew X Pham 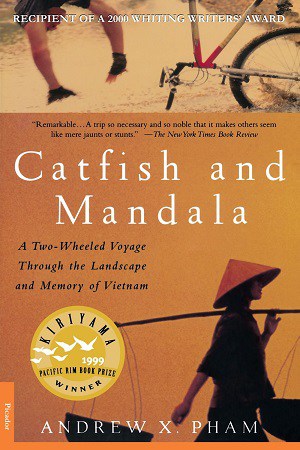 Andrew was born in Vietnam but raised in California. His family was part of the “boat people” exodus from the country during the war. When his sister killed herself, he walked out of his job, sold everything and then spent a year on a bicycle touring the world and eventually – arriving in Vietnam

This is a story of a man’s quest for identity in a world where he doesn’t quite fit anywhere. In America, he’s not quite American, in Vietnam when he’s not being mistaken for a hi-so Asian from Korea or Japan, everyone believes that as a Vietnamese he’s not good enough to do what he set out to do.

You can check out Catfish and Mandala: A Two-Wheeled Voyage Through The Landscape and Memory of Vietnam by Andrew X Pham on Amazon here.

The Girl In The Picture: The Story Of Kim Phuc, the Photograph, and The Vietnam War by Denise Chong 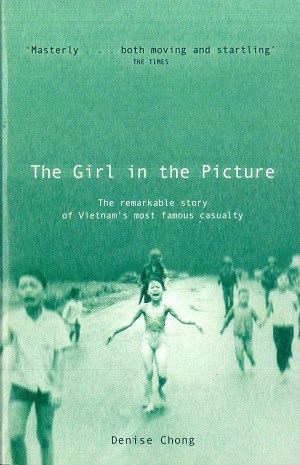 The picture of 9-year-old Kim Phuc covered in napalm burns running naked from her village as it was razed to the ground may be the most recognizable image of the 20th century. It was a key instrument in persuading the American public to abandon their support for the Vietnam War.

Denise Chong takes us behind the scenes to where the photograph came from and shows us what happened to Kim in her adult life. It also examines the long-term impact of the war on the Vietnamese people.

You can check out The Girl In The Picture: The Story Of Kim Phuc, the Photograph, and The Vietnam War by Denise Chong on Amazon here.

Vietnam: A History by Stanley Karnow 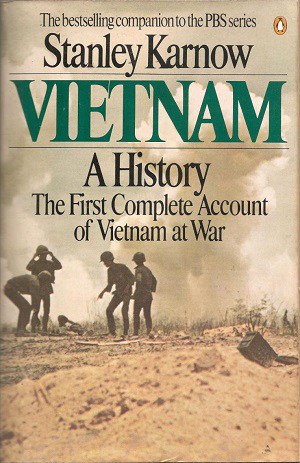 This is, probably, the finest overview of the Vietnam War that was ever written. It is a huge narrative that works through all the events without bias and with real compassion for all those involved. Karnow sought opinions from every party involved in the way and has immersed himself in declassified documents to create the most accurate portrayal of all participants and their motives.

It was written to be a counterpart to the PBS Series The Vietnam War but it stands fine without the show. It’s everything you’d ever want to know and more.

You can check out Vietnam: A History by Stanley Karnow on Amazon here.

These are our best 12 books about Vietnam. There are many more, most of which deal with the ins and outs of specific battles of the war. We hope that all that ought to be written about that conflict has now been written and that broader histories and better examinations of Vietnam’s long and exciting history begin to emerge over the coming decades.