Myanmar is a funny place and it’s not one that I’ve visited, yet. However, given that I have read a lot of books about the country – I don’t feel bad about generating a “best books about Myanmar” list. The country may not be what I expect it to be but one thing’s for sure, the books won’t change. 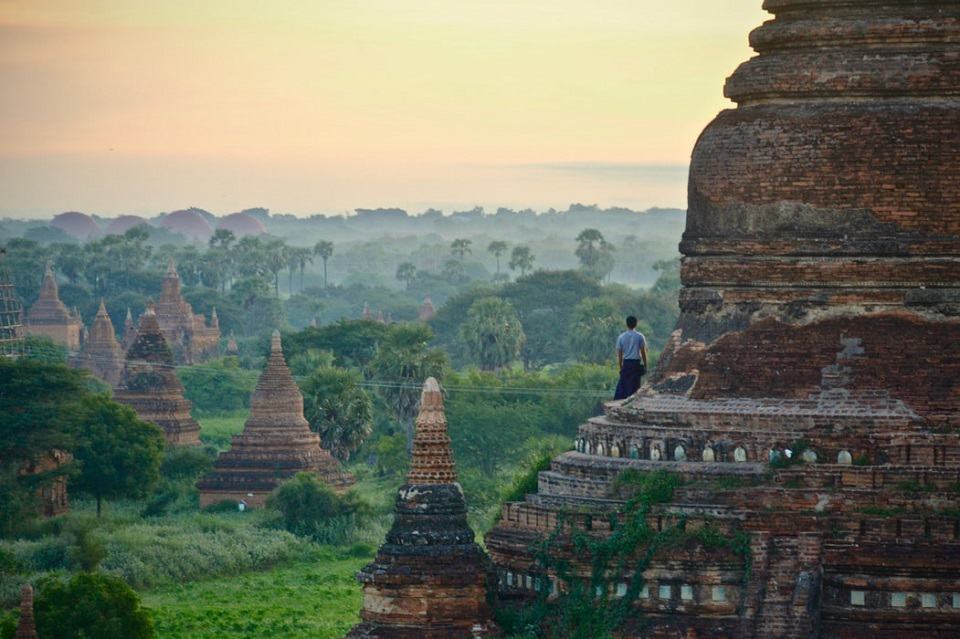 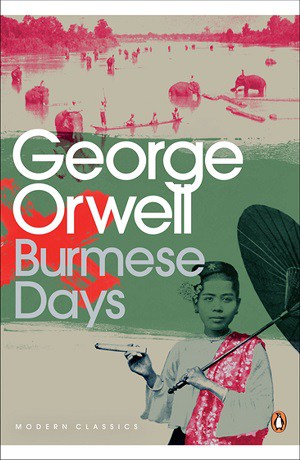 This is a work of fiction but it is written by the finest British novelist of all time, George Orwell. It’s also a very interesting insight into colonial-era Burma and the yoke of the British oppressor. Orwell was stationed in Mandalay for a long period of time and this novel is his homage to a country that he clearly loved dearly.

Sure, it’s not as famous as 1984 and Animal Farm but it’s a book very much worth reading. One day, I hope to be sat by a table next to Inle Lake with copies of all of Orwell’s novels (and his non-fiction too for that matter) on my Kindle and then I just intend to sit and read for a week or so.

You can check out Burmese Days by George Orwell on Amazon here. 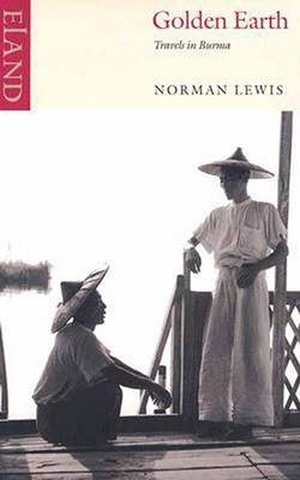 We also recommend Norman Lewis’ insights into Cambodia, Laos and Vietnam. His journey through Indochina also took him into Burma in 1952 and while he faced undoubted hardships back then – the likes of which most digital nomads cannot conceive of today – his account is a genuinely affectionate story of a nation he loved.

You can check out Golden Earth: Travels in Burma by Norman Lewis on Amazon here. 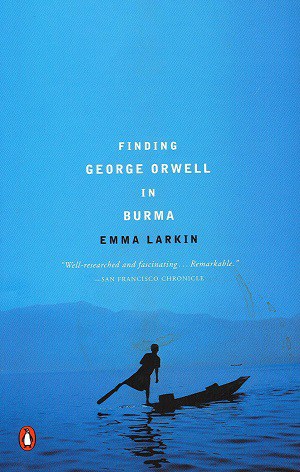 Emma Larkin’s book is a superb tale of modern-Myanmar contrasted on a backdrop of Orwell’s life and works. I freely admit to being a touch obsessed with Orwell but even if you’ve never read one of his books – Emma Larkin’s work is accessible and interesting. She maintains that while only one of his novels has “Burma” in the title, the trilogy of works which include 1984 and Animal Farm were all about Burma.

The police state which she describes has now, sort of, fallen into disrepair but if you ever wanted to understand the country which is – this recent history will help enormously.

You can check out Finding George Orwell In Burma by Emma Larkin on Amazon here. 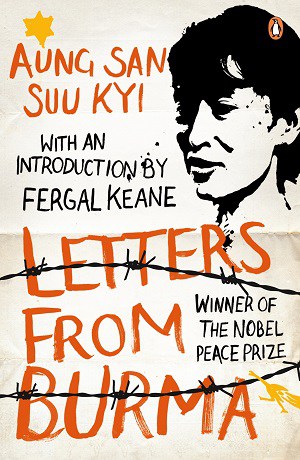 It’s funny how the people we admire in one breath can become monsters in another. It is not so long ago that Aung San Suu Kyi was a heroine and martyr for her cause. Then she got her freedom and the right to lead and began waging war on the Rohingya (an act oft described as genocide). However, that doesn’t make Letters from Burma any less valuable a text. As it accurately depicts the thoughts and sacrifices of tomorrow’s monster. T

This might be a valuable lesson if people of any political stripe were more prone to reflection and less prone to judgment.

You can check out Letters From Burma by Aung San Suu Kyi on Amazon here. 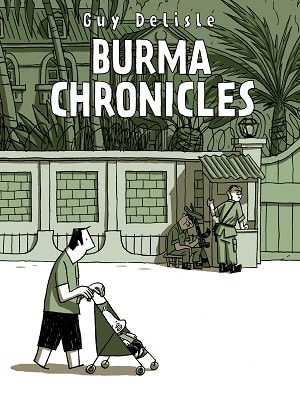 I am not sure what happened to my copy of this excellent graphic novel – yes, this one’s a comic book, not a book, book – but reading it was a very memorable experience.

Guy explores the repression and abuse handed out by the military junta that once controlled Myanmar (a country they renamed from Burma). It is both funny and horrifying at the same time.

Even if you’re not a big reader – Burma Chronicles is worth picking up because of its articulate and compassionate messages.

You can check out Burma Chronicles by Guy Delisle on Amazon here.

Twilight Over Burma: My Life As A Shan Princess by Inge Sargent 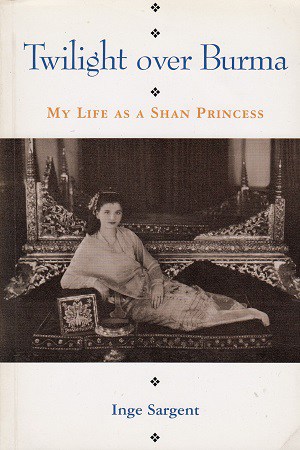 We were shocked to find this incredible account of the end of British rule of Burma missing from most lists about Myanmar. A young Austrian lady meets a handsome Burmese man in her own country, and they marry. When they journey to his country, they are met at the dock by hundreds of excited well-wishers, with music and flowers.

It is only then her husband explains that he’s actually the Prince of Hsipaw, an autonomous state in the Shan mountains of Burma. She then has 10 years of relative bliss before the fall of the colonizing English power in Burma and the rise of the Burmese military.

This is an unmissable story of a strong woman in a time of evil.

You can check out Twilight Over Burma: My Life As A Shan Princess by Inge Sargent on Amazon here.

The River Of Lost Footsteps: A Personal History of Burma by Thant Myint-U 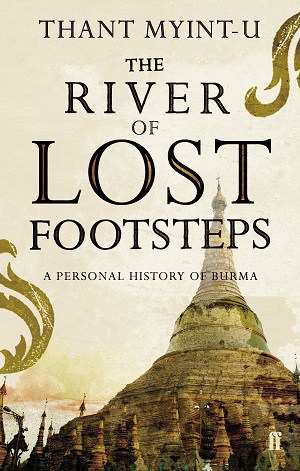 It’s not as relevant as it once was but this deeply personal look at life in Myanmar under the rule of the military junta (told from the perspective of someone who really lived it and who wouldn’t go on to commit genocide) is still a compelling read. It’s the story of the fall of a family’s power and the ensuing civil war.

You can check out The River Of Lost Footsteps: A Personal History of Burma by Thant Myint-U on Amazon here.

The Trouser People by Andrew Marshall 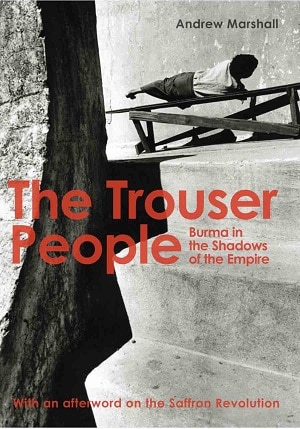 Thailand’s River Books is an awesome source of Southeast Asia-relevant material and The Trouser People is one that press’s highlights. Westerners are “The Trouser People” in a land where the longyi (the Burmese long fabric garment) is king. This is a look at Burma’s history and the modern nation including insight into the Saffron Revolution of 2007.

You can check out The Trouser People by Andrew Marshall on Amazon here.

Burma: A Nation At The Crossroads by Benedict Rogers 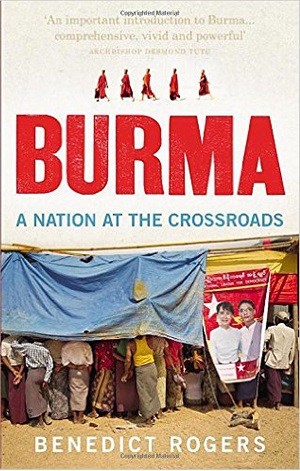 Now, this book appears on a lot of the “best books about Myanmar” lists and thus, we figured it might deserve a place in ours. But, we have to confess we think it’s a bad book and if you’re going to skip a book on this list then we’d suggest you skip this one. While it could have been an intriguing insight into the atrocities committed on Ethnic minorities throughout Myanmar what it actually is – is a Christian fundamentalist rant which loses sight of the big picture.

The endless flow of opinion destroys pretty much everything that it touches, in our opinion.

You can check out Burma: A Nation At The Crossroads by Benedict Rogers on Amazon here.

From The Land Of Green Ghosts: A Burmese Odyssey by Pascal Khoo Thwe 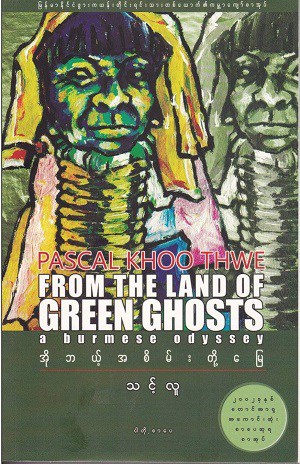 This is an incredible story of how one young man, born into a hill tribe in Myanmar, seized control of his own destiny, fled the civil war and ended up studying at Cambridge University.

It’s a story that’s even better for the telling and Pascal Khoo Thwe is erudite and expressive throughout. This is a chance to stand in someone’s shoes and see a nation in a way that no outsider ever truly can.

You can check out From The Land Of Green Ghosts: A Burmese Odyssey by Pascal Khoo Thwe on Amazon here.

Into Hidden Burma by Maurice Collis 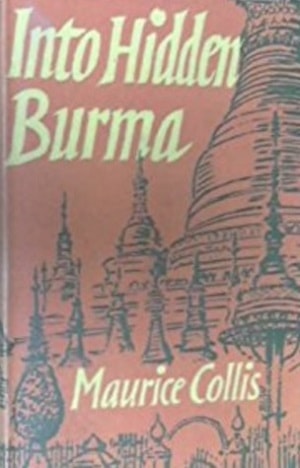 A wonderful book but one that will cost you an arm and a leg (metaphorically speaking) to get hold of. Maurice Collis, the author, tells a very different tale from most colonials who had to leave Burma. Most of them celebrated leaving the heat, the poverty and hardships behind. He wept, it was the country which he had fallen in love with and this is his final tribute to it. Sadly, it’s out of print, there are no e-copies available and secondhand copies start at over $100. So, possibly for enthusiasts only.

You can check out Into Hidden Burma by Maurice Collis on Amazon here. 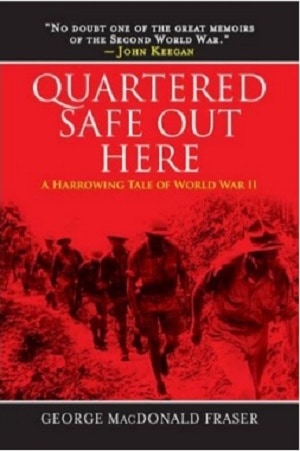 Yes! The author of Flashman shares his own autobiographical account of fighting the Japanese in Burma during World War 2. Sadly, his anti-hero never made it as far as Myanmar, but it may be because George’s memories of the place were so grim that he couldn’t bring himself to turn it into something more?

You can check out Quartered Safe Out Here: A Harrowing Tale Of World War II by George MacDonald Fraser on Amazon here.

I have always been fascinated by Myanmar and long for the days I can visit Mrauk U, Bagan and Mandalay (and I’d quite like to stay in the Governor’s House in Yangon too while I’m wishing – Orwell worked from there once).

Sadly, I can’t bring myself to support a genocidal regime and one of the few regimes in the region (and the only non-Muslim one) that still outlaws LGBT folks too. So, I will wait, patiently for the future when hopefully the peoples of Burma will be as free as I am.

Until that day, I take refuge in any book I can find about that mysterious country. (I had the pleasure of conducting a massive research project on Myanmar once for a Hong Kong company and got access to dozens of texts that are now long out of print and otherwise hidden from view).

We hope that our top 12 best books about Myanmar well help fuel your travel dreams too.