We saw this question the other day on a website and knew we had to answer it. We know why it feels like all digital nomads are Westerners. It’s because social media channels, particularly Facebook and Reddit, are dominated by Westerners.

So, you get online and go hit up a “digital nomad group” and boom! You’ve got lots of young Americans, Brits, Canadians, etc. espousing their philosophy of what it all means. Where are the other voices, you wonder? Well, we got some good news for you.

The are plenty of digital nomads who aren’t Western. If you’d like to find them, interact with them and learn from them – they’re also pretty easy to find. 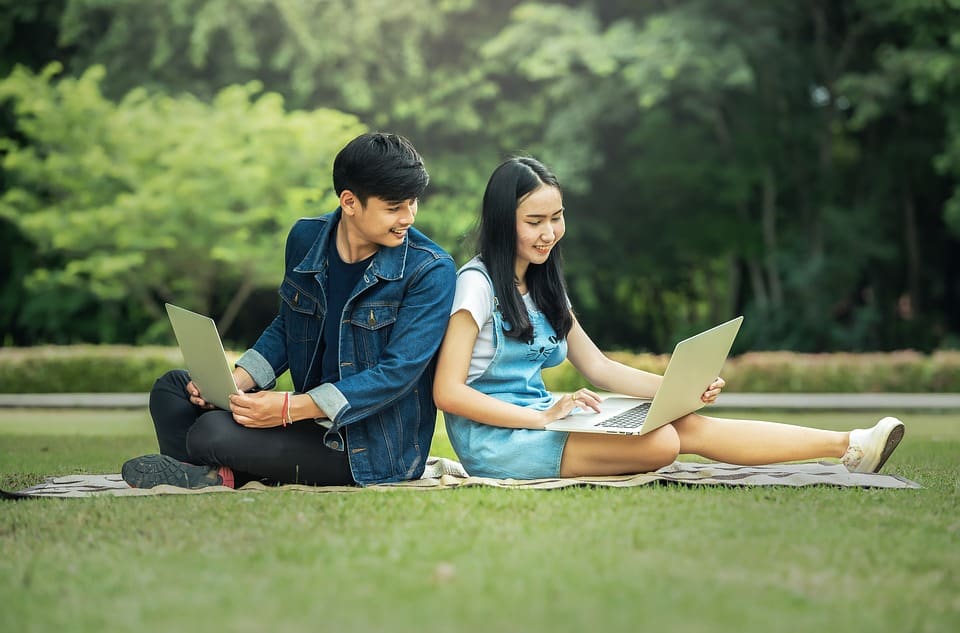 I have now deleted all my social media accounts except for Facebook which I suspended (because there is some data there and I may need to contact someone in an emergency). One of the many reasons that I did this is because the digital nomad groups are so bad.

They’ve become havens of a certain type of 20-something bully. I understand why. If the theories they espouse are contradicted, then their “Become a Digital Nomad in 5 easy steps” courses become a bit pointless, don’t they?

I’ve spoken to a lot of digital nomads, many with years of experience working and traveling and even a few like me who were doing this before the term “digital nomad” was even coined, and many of them feel completely alienated by these spaces.

Women complain that they are too male-dominated and then rush off to set up “digital nomad ladies” clubs which serve to form similar echo chambers but with an all-girl spin on it.

Older nomads, and by this, I mean anyone from 30 to 70 really, are turned off by the lack of business sense and terrible work methodologies that these groups push.

No-one is going to get rich in 6 months with no starting capital with a dropshipping website. In fact, it is unlikely that that person would get rich in 100 years. Dropshipping was a good business model years back, today? It stinks for most people.

You’ll also find that they find the “you must buy a backpack” or “you must travel with only hand luggage” stuff pretty irritating too.

If they say anything that contradicts the narrative, they are shouted down and/or banned from the group. No wonder that most of these people have chosen to distance themselves from the term “digital nomad”, right? Non-Western ethnic groups, however, are not present for one primary reason. They tend not to speak/write English as their native tongue. Why would a Korean nomad, for example, not choose to try and find other Korean nomads to talk to? It’s way easier than jumping into an English discussion.

There is a decent-sized chunk of non-Western digital nomads who do speak English (many absolutely fluently too) as a second language but most people choose to talk in their primary language if they can.

Where To Find Non-Western Digital Nomads?

You may find the occasional non-Western digital nomad sniffing around the “digital nomad hubs” of Chiang Mai and Bali but, in our experience, you won’t find very many.

We think this is for two main reasons. The first is this: many non-Western digital nomads are operating on a much tighter budget than their Western counterparts. That means they worry less about access to co-working spaces and more about the overall cost of being somewhere.

It also means that many non-Western nomads tend to travel more in their own countries rather than go overseas. We’d expect this to change over the next 2 or 3 decades but it’s going to be a gradual thing and not a sudden landslide of roaming Filipino digital nomads or Argentinian digital nomads. 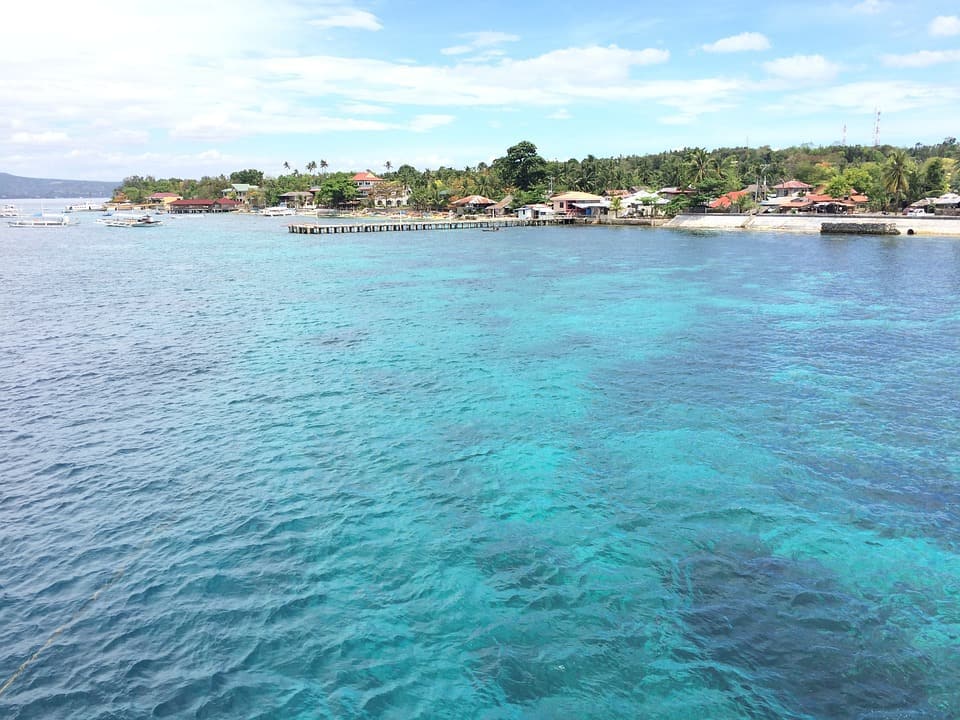 The second reason is that the destinations that non-Western nomads choose are often vastly different from the ones Westerners choose. For example, in Cebu in the Philippines, there is a large Korean population learning English, it’s also considered to be “Korea’s Hawaii” in terms of vacations.

It seems likely that a Korean Digital Nomad might want to seek out a safe, friendly community in Cebu where the Korean language is well-represented than come to Chiang Mai in Thailand where not only is Korean not well-spoken but neither is English (the likely second language of a Korean national).

So, with this in mind. We’d suggest that you begin your search in places in Asia that are “off the beaten path” (in relative terms, in reality – nearly everywhere in the world outside of warzones sees a huge number of visitors each year, it’s just that the ethnic makeup of those visitors varies).

An Example In Practice

Cebu is a good example of this. In the three co-working spaces that I worked in in Cebu, there was a fairly diverse group in each. The first, now closed, was The Tide which had a definite leaning toward Indian software engineers and Filipino and Fil-Am software developers too.

The second, on The Crossroads shopping estate, was closer to the kind of thing you find in Chiang Mai but even there the mix was about 50% local folks and 50% Westerners.

The third, over in Mandaue City, was nearly all local, Korean and Japanese digital nomads with only a couple of Western faces ever in sight at any one time. I lived around the corner from this place and it was an awesome place to be.

(Note: To those thinking “Hey! You don’t like co-working spaces!” You’re absolutely right, but in Cebu, my home Internet was so badly faulty that in emergencies, I often had to swallow my pride and go use a co-working space. I’d also be happy to say that these spaces were much, much better than those in Chiang Mai and Siem Reap which put me off co-working in a big way.) 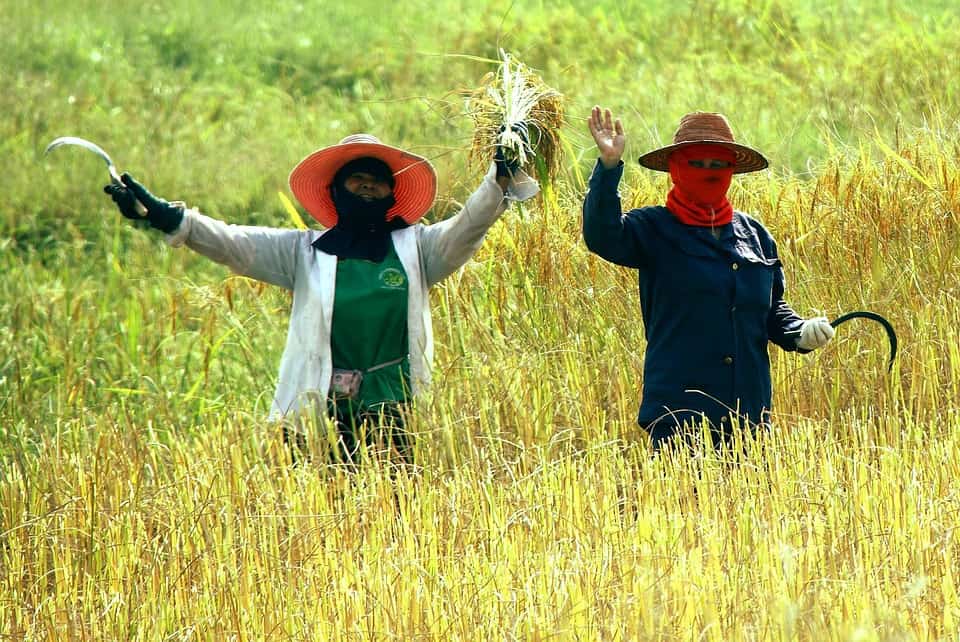 The good news is that co-working spaces are generally friendly places. They regularly organize little get-togethers (Fridays are a popular day for this), so that you can meet the other folks in the place.

So, time it right, not only can you witness that not all digital nomads are Western, but you can also talk to people and learn about them.

My experience was that once you get away from the “digital nomad hubs”, you tend to find more and more real business people and fewer wasters on a vacation pretending to work before they go back to mum and dad.

(Note: No bitterness here about wasting time on mum and dad’s coin, if I could persuade my parents to fund that life for me – I’d be on it too.)

This makes for excellent networking opportunities. You might not just pick up a little Filipino culture, for example, but you may also be able to find a web developer, customer care agent, recruiter, etc.

This is for me one of the best reasons to become a digital nomad. It’s not to sit in a co-working space in Chiang Mai sat among clones of yourself, from back home, if that were my objective – I’d have stayed at home.

It’s the chance to meet new people from around the world and bond with them. Not every meeting is a learning experience, sometimes you just share a few beers and chill, but almost every meeting is enjoyable and fun.

It doesn’t take much to discover that there are plenty of non-Western digital nomads. All you have to do is head off the beaten track a little and reach out. It will enrich your own digital nomad experience and you may make friends or business connections that last for a lifetime.