I can feel the rage that this article will bring even as I begin to type. Airbnb is often lauded in the digital nomad community as the greatest thing since sliced bread. Sadly, we disagree. We think that Airbnb is often dreadful for the places you stay in.

Why? Well because Airbnb hurts the hotel trade, it adds to the problem of too much tourism in popular destinations, pushes up rents in cities so that locals can’t afford to live there and is generally unethical. 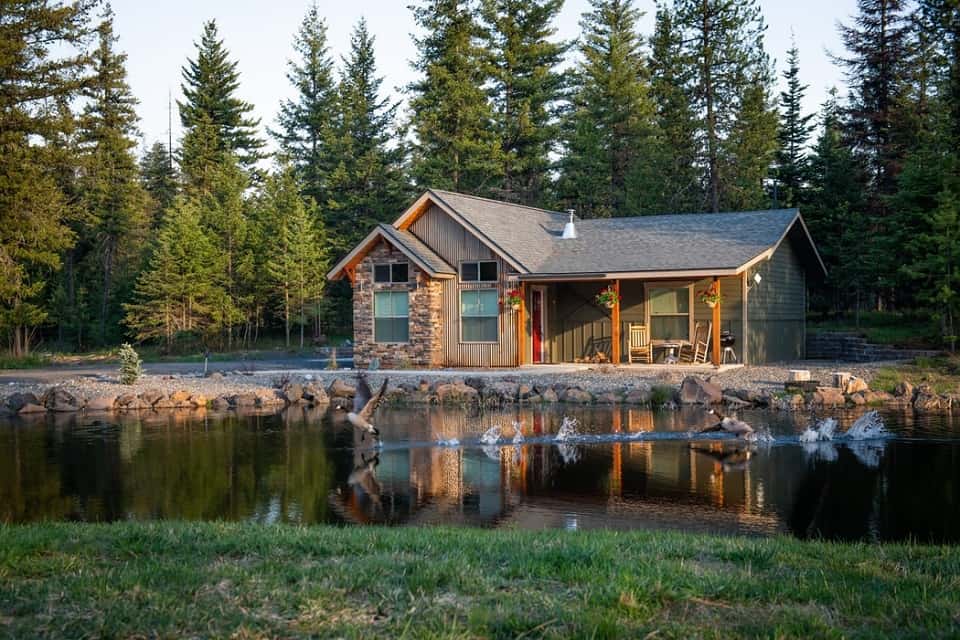 10 Reasons That Airbnb Is A Bad Idea

Here are our top 10 reasons that we’d recommend that you avoid Airbnb:

Airbnb may be against the law where you’re visiting

Big tech monopolies have tended to steam roller their way into places. Just like Uber, Grab, etc. who have started taxi services in places without licensing, so Airbnb has been offering accommodation against the law of many places.

For example, New York requires landlords to only rent via Airbnb for 30 days a year. More than ¾ of landlords break that law.

In Barcelona, more than 50% of Airbnb properties are let illegally, and unlike in New York – they can throw you out without compensation when they catch you.

All over the world, many Airbnb properties are essentially being sublet without the consent of the owner. That’s a recipe for being booted out into the street and that’s if you’re lucky, if you’re not, then they may get the police involved.

Governments say they’re not being dicks about this. When Airbnb operates like this; it costs them money. It also makes it much harder for local people to find affordable housing.

Airbnb often destroys the quality of life in the location

When people rent an apartment in a complex, they don’t expect their neighbors to open a hotel next door. It might seem a small thing, but it makes legitimate renters feel unsafe when there always new people moving in and out.

Endless queues of tourists with bags can monopolize hotel elevator services and make it impossible for commuters to get out.

Garbage creation by tourists is often much heavier than that of locals too because they own everything they need, whereas tourists tend to have to buy it all in and then throw it away later.

Then, of course, there are those lovely visitors to every city that enjoy a good night of drinking followed by a long sing song or fight in the corridor of wherever they are staying.

Finally, as we’ve touched on already – people in Airbnbs drive rents up. They make it harder for people to live where they need to for work, etc.

There seems to be a common myth that Airbnb is always cheaper but with the single exception of Manila – we don’t find this to be true. In most places, Airbnb is at least as expensive as booking a hotel.

In fact, in Thailand, for example, it’s more expensive than booking a hotel or a serviced apartment. Thailand is built for short-term letting. When you rent an Airbnb in Thailand, you’re not saving money – you’re being ripped off.

Worse, we’d also like to point out that despite this…

Airbnb comes with no real services

We love hotels because they make life easy for you. There’s always someone waiting at reception to call a taxi in the local language for you or to make a photocopy.

There’s security at the front door that never sleeps. There’s usually a decent café or restaurant onsite. They clean the rooms, and so on…

My first ever Airbnb experience left me in a room with absolutely no cleaning equipment provided and in which the owner never even attempted to clean. I moved out after 4 weeks and the place looked like a bomb had gone off.

I’m currently in a really cheap hotel in Vietnam (it’s incredible value for money) and here they clean several times a week. They also cook me breakfast.

The worst moment, however, comes when you want to check out at 11 a.m. but your flight isn’t until 9 p.m. Almost no Airbnb apartments come with a concierge service, so now you’re lugging your luggage around town with you, rather than arranging to pick it up later. Doh.

Airbnb hosts can be completely insane

Book a hotel and you can pretty much guarantee that at least when you get there, you’ll be able to get in.

Book an Airbnb? Well, you might (as I once did) spend 2 hours waiting for somebody to be bothered to turn up to let you in. It was clearly unreasonable to expect them to let me into an empty apartment at 10 a.m.

If you book a hotel and you can’t get in, they’ll move heaven and earth to make it right. Book an Airbnb where the owner just decides to cancel? Tough. You’re on your own. Sure, you might get a refund from Airbnb but now, you’ll be paying twice as much for a hotel because you’re a last-minute customer with no choice but to pay up.

And let’s not forget that long laundry list of “rules” that many Airbnb hosts love to dump on their new “tenants”. You’ll be responsible for washing up, cleaning, disposing of garbage, possibly even feeding their pets.

And yes, you’re still paying as much for this nonsense as you would have done for a hotel room.

Airbnb gives you more than you need

If you’re staying somewhere cheap, are you really going to roast a pig or watch the football with a big crowd of mates? If not, why do you need a fully-fitted kitchen and a large living room?

Travel is supposed to get you out of the house trying new experiences and not leave you wandering about somebody else’s home.

Plus, not only is a hotel room adequate space for most travelers, it stops you from taking space away from locals, who may need it much more than you do.

Your Airbnb host may be a pervert

Yeah, it’s grim but true. There have been cases of Airbnb hosts who’ve installed cameras to watch over their guests as they, you know, shower, make love, etc.

Hotels generally don’t do stuff like this because they have a brand that would be tarnished. The Airbnb owner has no brand. They’re anonymous.

Airbnb neglect to mention that their insurance for guests is pretty paltry. If someone breaks in and steals your possessions, they won’t be insured.

Worse, in many properties there is nowhere that you could even consider secure and don’t forget your host (and possibly any guest who stayed before and copied the keys) has the means to enter at any time and how would you know if they did?

The best reason to stay in a hotel is that they are required by law to have regular fire safety inspections, to install fire fighting equipment and to conduct regular fire drills to ensure the health and wellbeing of their guests.

Guess how many of these things an Airbnb host has to do? None of them. It is impossible to tell from an Airbnb photo as to whether a rental place meets even the bare minimum of safety standards.

Airbnb is full of scammers. You can find yourself on the receiving end of a classic bait and switch. This is when they contact you near the day and tell you the apartment you booked isn’t available but they have another one just as good.

It’s nothing like the same. They’ve basically sold the original place three times over and now want you to live in a hovel while you pay for a palace. And they know you’re likely to take it because – you have no other choice because all the early bird deals have long since gone.

There are also plenty of people who try to contact their guests on Airbnb to work out a “cheaper deal” offline. They take the money and run and it’s your fault for trying to cheat Airbnb out of their cut and they won’t help you get it back.

What Should You Do Instead Of Renting An Airbnb?

Rent a hotel room. Rent an actual apartment in the city through an ordinary rental service. Rent a serviced apartment or home through a company that offers these services.

We prefer booking.com for the vast majority of our bookings. We like the fact that you can cancel up to a few days in advance without paying any penalties.

But you can also use hotel.com, expedia.com, agoda.com, heck even tripadvisor.com to find accommodation.

Airbnb is bad for the places we visit and it’s bad for us as digital nomads. Fortunately, there are plenty of alternative services that offer a more ethical and legal approach to short term lets that don’t compromise on our rights or the rights of local people.