We’ve been seeing more and more of this recently, digital nomads complaining that they’ve arrived somewhere, and they just hate it. In fact, we even saw one guy losing his mind on his first day of digital nomad life in Amsterdam!

Now, we’d contend that if you hate Amsterdam, you hate life but seriously – we’ve all been places we didn’t like. So, here’s what to do when you hate the place that you travel to: you acknowledge the issue, give it a little time, read up on the place, meet people, interact with locals, and reach out on social media.

Let’s take a look at the whole process in detail: 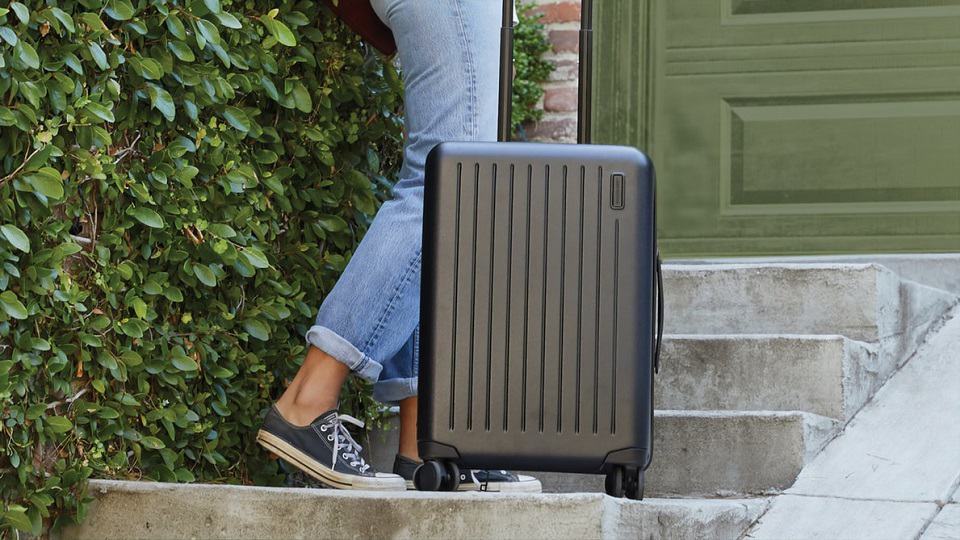 7 Tips For When You Hate The Place You Travel To

OK, the first step in the process is simply to acknowledge your feelings about somewhere. It’s perfectly OK not to like the places that you visit. We know that the endless vomit-fest that are modern travel blogs makes you think that everywhere must be amazing, but travel doesn’t work like that.

In truth, there are places which are just no fun for most people (Lagos, Nigeria, for example, is somewhere that I’ve lived is consistently voted one of the worst places to live in the world and for good reason) and others that are just no fun for you.

I’m not a huge fan of Chiang Mai which is something akin to heresy in the digital nomad community of Southeast Asia and it’s OK. Chiang Mai wasn’t built for me and there are plenty of places that I do love.

Ask Have I Given It Enough Time?

The guy in Amsterdam? He was just freaking out. He returned to update his post a day later to take about how much fun he was having.

When Megan and I arrived in Hanoi for the second time, we took a Grab taxi from the airport, the address in Grab was completely wrong. Our driver wanted to throw us out on the street in the middle of nowhere… a row ensued.

No biggie. In the end, he found us a replacement taxi and we got where we need to be but Megan, who hates any kind of confrontation, had hated the experience and it took her a week to warm up to Hanoi because of it.

She loves Hanoi now but if you’d have asked in that first week – she would have just wanted to go somewhere else.

It can take time to warm up to a place. It doesn’t mean that you will fall in love with somewhere you dislike at first sight, but it is possible.

Read Up On The Place

There’s a reason you picked this place and not one of the million other places you could have gone to. It can help to relight a fire under your inspiration and read up on the place you’re in – I prefer to read books because they bring a place to life much better than your average travel blog can.

But, I also like travel blogs, travel wikis, etc. as sources of inspiration and ideas too. If you’re not feeling somewhere, when you open it up and take a good look at what it has to offer – it can reignite the spark that you had for it when you booked your tickets.

Get Out And Meet People 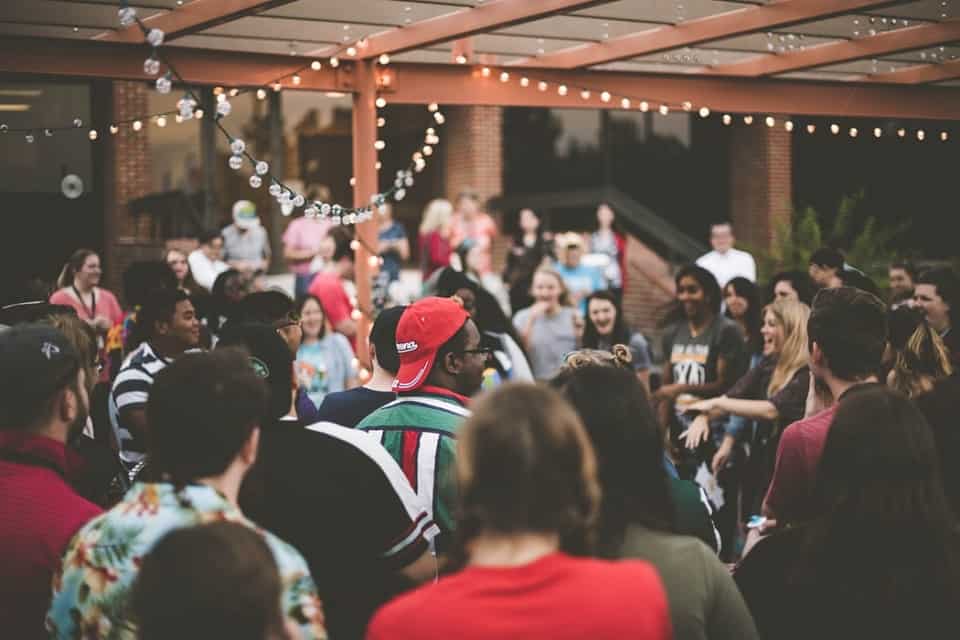 It’s possible to get lonely as a digital nomad and that feeling of isolation that loneliness brings can creep into everything you do.

Now, you don’t have to be lonely as a digital nomad and the easiest way to shake off loneliness is to go out and meet people.

My suggestion is that, however you feel about alcohol, that a local expat bar can be the best place to get some conversation, some inside tips on the way things are and what’s awesome about a place and to relax a little.

If you’re not a drinker, get there early in the evening when people are on their first beer and pick their brains and then move on when they start slamming down the shots. There’s nothing wrong with drinking a Coke in a bar.

Talk To Some Actual Locals

It can be easy for digital nomads to convince themselves that there’s something special about being a digital nomad and to only seek out other nomads when they travel.

This is, of course, a pretty terrible idea. The point of travel is to broaden your mind and experiences rather than to hang around with the same people you’d hang out with at home.

Find some local cultural activities and throw yourself in at the deep end. You’ll find that in most parts of the world, the locals will be delighted that you’re taking an interest in them and they’ll be ecstatic to make a foreign friend.

One thing that always blows my mind is how generous and kind most people are out there. Sure, there’s the occasional person looking to take advantage of you but in most cases, people are just nice, and we love them for it.

Consider Reaching Out On Social Media

I know, we’re not fans of social media at NomadTalk but it can’t hurt, if all else fails, to join a few local Facebook groups or some Meetup groups and reach out and say, “Hey, I’m not having a good time here – what am I missing?”

But be warned, one of the reasons we quit Facebook is that there seem to be only two types of local groups (at least those not arranged around a hobby or selling stuff) – the massively over-positive (“Yes, there’s leprosy but it’s not that bad”) and the massively over-negative (“All the locals hate us!”)

However, it’s definitely worth a go. You have nothing to lose because at this point, it’s normally clear that if something doesn’t change soon… you’re going to give up.

Pick A Time To Leave

Before you book a ticket, decide whether you want to see anything you haven’t seen (you can love Disney World, for example, and still hate being in Orlando) and go and do that first.

It is an act of insanity to reach Hanoi and then skip Ha Long Bay or to go to Istanbul and not see the Hagia Sophia. Whatever bad time you’ve had in a place won’t make the best things about that place suck.

I once met someone proudly exclaiming that they’d been in Siem Reap for 7 years and not been to Angkor Wat. I wasn’t impressed and I am pretty certain no-one else was, either. If you go to Siem Reap and don’t see Angkor Wat, you’re an idiot.

But once you’ve rinsed the big opportunities out of a place, if you still hate it – book a ticket and get the heck out of there.

You’re not doomed to stay in a place forever. You’re a digital nomad. You get to choose where to live. If you don’t like a place and you’ve given it a fair go, leave. Don’t look back. Go somewhere different and see how that place makes you feel.

One Last Thing: Don’t Be Afraid To Go Back To Somewhere You Hated 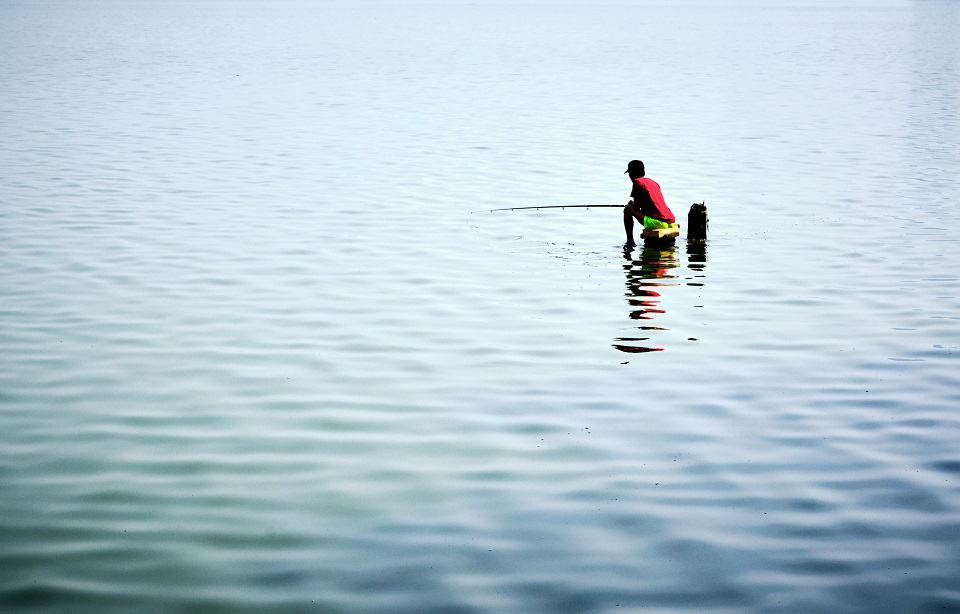 About 7 years ago, I first came to Hanoi and I hated it. Everywhere I went there was someone trying to get money out of me. A street vendor handed me two tiny cakes (worth about 50 cents max) and then demanded $5 for them.

It was dirty and disorganized – a big contrast from Saigon. The only thing I’d enjoyed was Ha Long Bay (which is more than 2 hours drive from Hanoi in reality) and I couldn’t wait to leave.

Then, we got some cheap flights to do a visa run from Thailand which meant that Hanoi was way easier to do than Vientiane. So, we came back.

It couldn’t have been more different if it tried. It’s so much cleaner. The tourist-robbers are completely gone. The people are friendly. The city is unspoiled and exciting.

We liked it so much, we moved there a month later. We’re still here as I write this blog post and Hanoi is now my favorite big city in Southeast Asia.

If I’d been afraid to go back, I’d have missed one of the best experiences of my life.

When you travel somewhere that you don’t like when you’re a digital nomad – it’s best to work through a process to see if you can make your experience a positive one.

But if that doesn’t work, get out and go somewhere else. You’re not a prisoner, you’re a digital nomad with absolute freedom to travel anywhere.

You should never be afraid to give somewhere a second chance though, sometimes places get better, sometimes you change, and sometimes things just started out badly the first time around and tarnished everything for you.