Everyone gets sick at some point in their lives, but when you’re a digital nomad it can be a frightening and confusing experience. What do you do when you’re in a country where you don’t understand the health service and the options available to you?

So, let’s take a look at what to do if you get sick as a digital nomad wherever you are in the world. We’d suggest that prevention is better than a cure, that you don’t panic, that you Google your symptoms and if necessary, you talk to a medical professional. 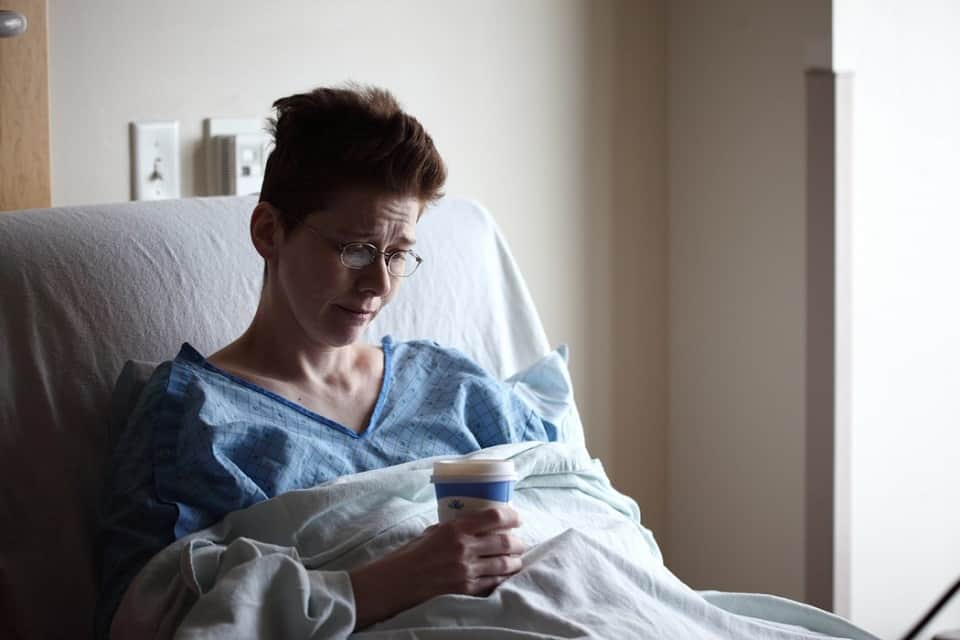 Prevention Is Better Than Cure

Bluntly, it is better not to get sick than to need treatment for being sick. It is quite incredible the number of digital nomads who seem to be staunch anti-vaxxers, for example.

Vaccines work. There is no argument here. They can be quite expensive (so it’s worth checking out how much they cost in your destination country) but they work.

Rabies, Hepatitis, Diphtheria, Typhoid, Tuberculosis, etc. are all horrible ways to die – why take the risk? Rabies is completely untreatable. You get it, you die. And it’s becoming more common throughout Southeast Asia where people tend to be reluctant to hand out the death sentence to animals they aren’t going to eat.

It’s also important to have some form of health insurance. Now, this isn’t the same as travel insurance which may cover some aspects of healthcare. Health insurance is there to fix what’s wrong with you and get you back on your feet. Travel insurance is a Band-Aid. It’s designed to get you just well enough to go back to your home country and get real treatment there.

No digital nomad with a diagnosis of cancer is going to get much love from a travel insurance provider.

We’d also recommend that you have a reserve fund of cash which is at least equal to twice the copay/excess of your insurance policy because if you can’t pay that – your insurer won’t pay a penny towards your treatment.

Not every bout of the sniffles is going to be dengue or malaria. There is no cure for the common cold and there is no cure for basic flu. Don’t rush off to stock up on over the counter antibiotics (which are, sadly, all too often available in developing nations) and don’t book yourself instantly into a private clinic.

Take stock of the situation with a calm head.

Your first port of call for most cold-like illnesses is to stock up on acetaminophen/paracetamol and/or ibuprofen. Then you want to take your chosen painkiller and/or anti-inflammatory using the recommendations provided on the packaging and get plenty of rest and fluids.

If you have a stomach upset of some kind, you can normally afford to wait a day or two before proceeding to a doctor too. The nut cases of the “natural health” movement will start to squawk but Imodium will let you get a handle on any diarrhea you may have (most of the time) and it’s a good idea to take rehydration salts (cheaply and easily bought in a pharmacy but if you can’t find any Gatorade or Pocari Sweat will do) too.

Minor wounds should be washed and then covered with a plaster (there are non-allergenic versions you can buy everywhere) to keep them clean for the first 24 hours or so. After that, you want to let them breathe.

A fungal infection is usually treatable with clotrimazole cream – this is also available over the counter and you just rub it into the sore area. You also want to make sure that when the cream is soaked in that you’re keeping the area dry.

And so on… many minor medical issues are minor medical issues. You don’t need a doctor’s appointment or hospitalizing for these things. (Though hilariously we knew a guy who claimed to be a knife fighting instructor to the CIA who went running to the hospital when he scratched his own finger with a knife while cooking – even his girlfriend was mocking him). 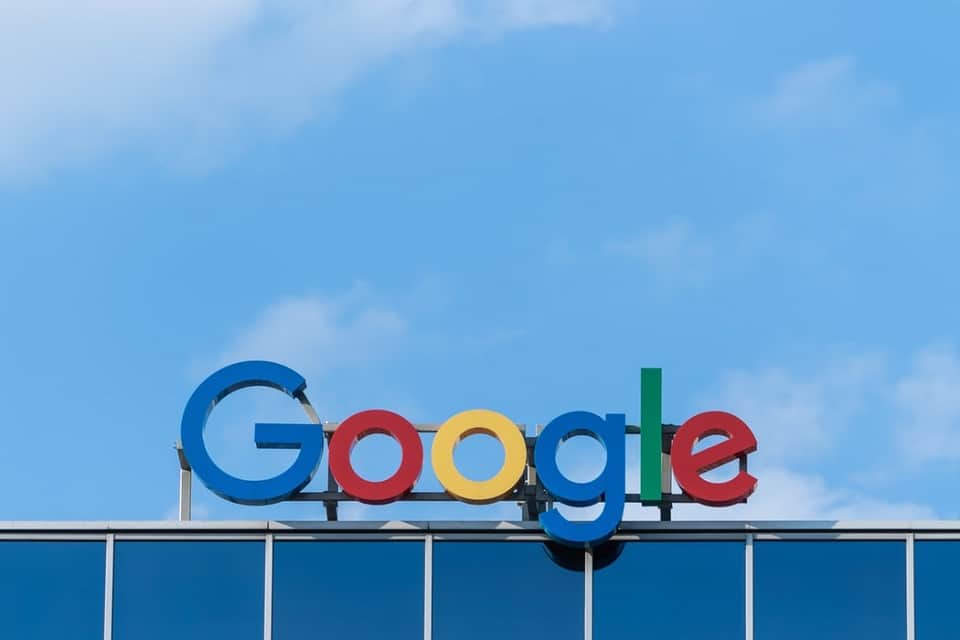 It can help to look up your symptoms online and see what you may have contracted. Now, it’s really important to “not panic” when doing this.

Years ago, I went to the doctor with an all-over body rash. He announced that in his professional opinion I either had syphilis or leukemia. (No joke, sadly).

Fortunately for me, the man was completely wrong. I was allergic to my shower gel and changing brands “cured me”.

Before you start diagnosing yourself with lupus or African swine fever, try to be more realistic – what’s the least serious and most common thing with similar symptoms? It’s much more likely to be a dose of this year’s worst case of the flu than to be Dengue even in Southeast Asia and it’s more likely to be Dengue (which most people recover from) than it is to be Malaria and so on…

Once you have a diagnosis, see if there’s a common over the counter treatment that you haven’t tried, yet. Then go try it.

Note: If you think you need antibiotics, you ought to go to a doctor and have them confirm your amateur diagnosis. Antibiotics are not a magical cure-all and by taking them when they’re not needed, you set your body up for problems in the future because then they may not work when you do need them.

Think About Where You Are

It’s fair to say that there are places where digital nomads go that you never, ever want to use the health services in. Think Cambodia, for example, which is a country where doctors basically hand over a fistful of random pills (I once went through a bag of such garbage which had been prescribed for a muscle problem – it included decongestants and antibiotics and a load of random Chinese crap and nothing that might have helped with a muscular problem, whatsoever).

If you think you’re going to need medical services in places like these – it might be time to see if you can book an emergency ticket to another country, first. For example, from Cambodia you might want to go Thailand, Malaysia or Singapore all of which have competent medical teams awaiting you – even Vietnam, which isn’t great, has you covered better than Cambodia does.

So, before you check in with a doctor that’s more likely to kill you than cure you – think about getting to a better doctor.

Then Go To A Doctor/Clinic/Hospital 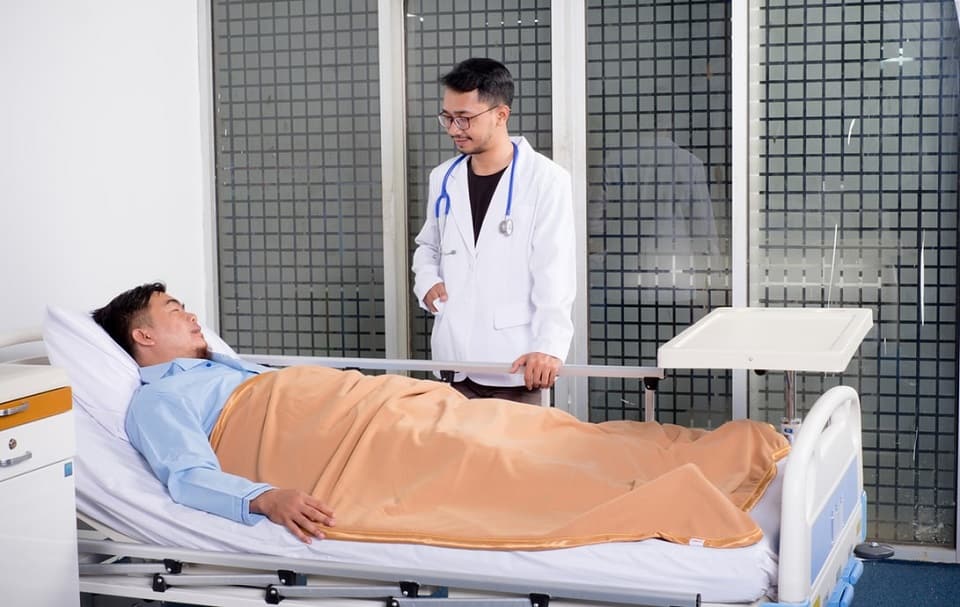 There’s a pattern here and it’s a simple one – you don’t want to go to a doctor when things start out but as soon as you realize that they’re not as simple as you might like them to be – go to a doctor.

There is no shame in seeking help from a medical professional. I’ve been to a doctor four times in the last 20 years. Once for an ear infection which left me completely unable to balance, it wasn’t the pain in my ear but falling down four flights of stairs that convinced me it was time for a check-up. I probably left that a little too long.

Once was when I was getting severe muscle pains in my arm for a period of days, that turned out to be heart-related… that check-up may have saved my life.

Another time was when I pulled my back and couldn’t move at all – an ambulance came that time. The enormous dose of muscle relaxant provided at the hospital had me walking around hours later, though.

The last time was when I couldn’t breathe when I woke up in Malaysia, it turns out that I have an allergy to pepper… and oddly, that a pepper allergy is a common complaint in Malaysia.

You Have To Pay

But be prepared to pay for the doctor too. Most forms of health insurance don’t cover a doctor’s visit. It shouldn’t cost too much though it varies depending on where you are in the world, I paid $100 in Malaysia (but the doctor did come to me) and $50 in Cambodia (but I went to the doctor).

A doctor’s visit shouldn’t, under normal circumstances, bankrupt you.

Your health insurance comes into play if the doctor wants to run tests or hospitalize you. Then things can get expensive, fast.

You’re almost certainly going to get sick at some point in your digital nomad journey. It’s not the end of the world but if you’re traveling alone, it’s important to make wise decisions about your treatment. Do get vaccinated and get health insurance. Don’t self-prescribe antibiotics.

Then it’s a question of trying a little self-treatment but the moment you feel it’s necessary – go to the doctor. Easy, really.