We’re often asked, “are there any downsides to digital nomad life?” Then we have to think about things and acknowledge that many of the downsides to life on the road are the same downsides as you face at home.

There are, however, particular disadvantages to this way of life that aren’t as common to folks living a more “normal life”. In fact, we’d say the drawbacks of digital nomad life are travel sucks, paperwork can drive you mad, banking becomes problematic, starting over and over can be hard on you, you need to be a minimalist, there’s no social safety net and there are more potential distractions. 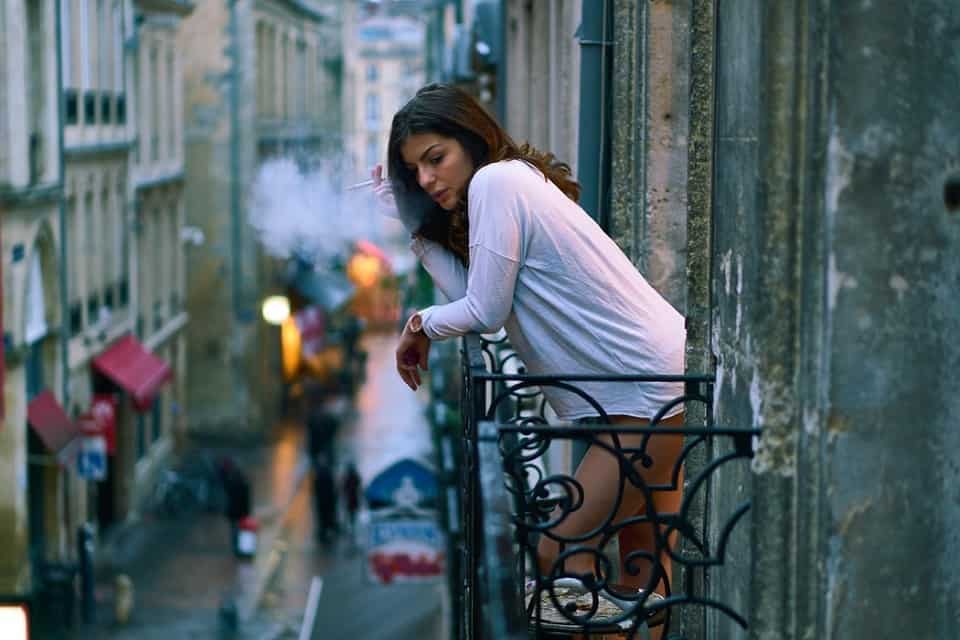 These are the things that we think are real disadvantages of working and traveling for long periods of time. None of them apply to a work-cation or being away for 2 weeks while you “try the lifestyle on for size”. But they will come eventually.

Travel Is Not Much Fun

Airports and planes are not much fun. They also ruin the environment. We prefer trains and buses though we often find ourselves trapped alongside people that we’d rather not share space with on these forms of transport.

Taxis are fine but if you want to go long distances – they can get expensive fast.

Yup, travel sucks. Megan told me that her biggest dream in life was to go on a plane when we met. The novelty wore off before we touched down in Singapore.

We meet digital nomads who argue against this, but nobody’s ever given us anything even half-way convincing. Travel sucks but it’s an unavoidable part of experiencing the world and we wouldn’t give that up for a million dollars.

Everybody everywhere has to deal with some volume of government paperwork, but digital nomads seem to spend a lot of their lives filling in forms for visas, for customs, for immigration, for whatever police service wants pictures of you the day after you arrive in your Airbnb.

There’s no rhyme or reason to the amounts of ridiculous paperwork that governments demand from foreign-folk. We ought to count ourselves lucky, I met a chap from Ghana queuing at Chinese immigration one day and he insisted I go in front of him because he knew that he would spend hours there once he got to the front of the queue even though he had a perfectly serviceable visa.

Many nationals of developing nations find that they get caught by bureaucracy everywhere. I don’t know how they put up with it. It’s enough to drive you crazy.

Banking Is A Long-Term Problem

I am finding it increasingly difficult to maintain a viable bank account after 20 years of not having a permanent address. It was no big deal when I began. You didn’t even need a postal address. A nice man from the bank would review a few bits of paper and then “boom” you had a bank account.

Sure, they wouldn’t give you credit but you could get a Visa Debit and a place to pay money into without any hassle. Now, money laundering laws make it harder every year to get banking done. Even running an offshore company has become a bit of a pain because of this.

Stripe’s Atlas service appears to be the solution to this problem, mind you, and I will be giving it a go sometime in the New Year as I have a year to work something out before my Thai bank recalls all of its Visa cards and leaves me facing a life of using bloody Union Pay which would be great if I was Chinese but is utterly useless otherwise.

Moving from country to country and place to place sounds awesome. Until that is, you find yourself having to start all over again with everything in your life for the 6th time in 4 months. Then it sounds like a complete and utter hassle.

You have to unpack and set up everything in your room. You have to work out where a supermarket is and whether you can walk to it or not. You have to buy a SIM card. You have to make friends. All of a sudden, you’re doing way too much “work” for what is supposed to be a nice way to live.

Of course, there is a simple solution to this – travel more slowly. Doing this once or twice a year is bearable, but if you speed around the world trying to do 12+ countries a year, it’s going to drive you mad.

It’s also worth noting that this can help with those struggling to make friends too. It’s very hard for people to invest in you as a person if they learn you’re moving on in 2 days. If, however, they know you’re around for a while – they’re much more likely to start to incorporate you into their social circle.

There’s A Limit On How Much You Can Carry

We don’t own very much, and we can’t afford to ship much more each time we move. While other people accumulate souvenirs of places they go to on vacation, I have nothing much to remember the places I’ve lived in.

Now, there’s a good argument for minimalism and in my old, pre-nomad days, I was anything but a minimalist but it’s fair to say – that it can go too far. My one big regret of this life is not being able to own a bit more (I’d like a desktop PC, for example, and a much bigger monitor – it’d make work easier).

It is fair to say that I could be a bit more “efficient” and join the nomad club that wears only merino wool so that they can wear the same garment for 6 months at a time without washing it but… yuck. No thanks. I want to live the life I want and that includes having a change of clothes or ten.

Back home, if I lose my job, I can wander down to the dole office and sign on for benefits. It’s not very generous but in return for paying tax and National Insurance, the UK will bail you out a little when things go wrong.

On the road, you get none of this. Lose your income and run out of savings and you’re ****ed to be precise. Now, there’s no need for that to happen to you but it can certainly drive a level of anxiety. After all, nobody’s life runs perfectly, and it can be very easy to derail a life when you’re down on your luck.

And good luck with finding private insurance for a digital nomad’s income.

There’s A Higher Level of Temptation To Goof Off

You travel to nice new places. You’re around exciting new people many of whom are on vacation and don’t have a care in the world. You, on the other hand, have to work. You’ve got to keep paying the bills while everyone else frolics on the beach and downs endless Martinis.

You have to remember that they are going home soon and that you are not. That you can spend your leisure time doing beach stuff and Martinis but that your work time is what will ensure you’re still drinking Martinis next month when everyone else is back at home, trudging around the office and dreaming of next year’s break.

Having more temptation doesn’t mean giving in to it. I’ve never missed a hard deadline in my freelance life. This includes those months when I’ve spent most of my time in bed sick. You have to have a level of personal responsibility because no-one else will have it for you.

We also have a short-list of things that other people moan about regarding the digital nomad life but which we’ve never had any issues with:

There are drawbacks to digital nomad life, and it would be dishonest to pretend otherwise. However, there are other “drawbacks” which aren’t really a problem at all. You can face those anywhere in life and the solutions are all within your control too.