One of the funny things about Cambodia is that the country is full of English language bookshops and they all seem to specialize in Khmer and Southeast Asian culture and history. Now, it’s fair to say that many of these books are not legit copies but photocopies but as long as you check the printing – they’ll do fine.

And it’s worth reading about Cambodia. This the tiny nation that in a period of shocking brutality killed 25-50% of their own citizens under the Khmer Rouge. It’s also the nation that was once Angkor that dominated much of South East Asia and was the largest empire in the world. So, these are our pick of the 15 best of books about Cambodia. 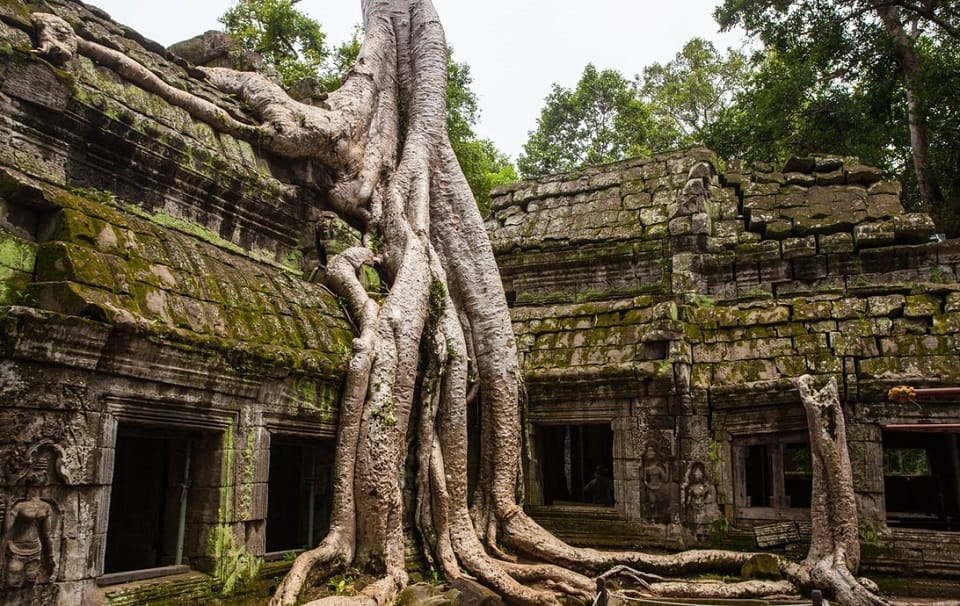 A Short History Of Cambodia: From Empire To Survival 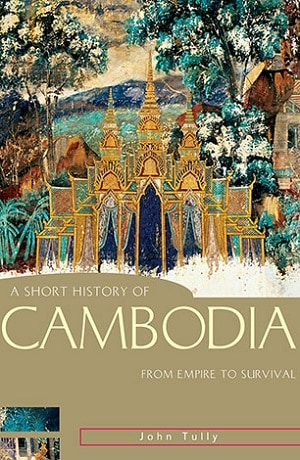 I prefer John Tully’s A Short History of Cambodia to the more commonly recommended A History of Cambodia by David Chandler. Tully’s history is well-written and well-paced and it pulls the reader through time in an interesting and enjoyable fashion. Chandler, on the hand, is a bit of a tedious windbag – his history is definitely essential reading for a historian but for the layman, it’s a bit much.

You can check out A Short History Of Cambodia: From Empire To Survival by John Tully on Amazon here.

Cambodia’s Curse: The Modern History Of A Troubled Land

Joel Brinkley’s Cambodia’s Curse is a brilliantly written book that gets as much right about Cambodia as it gets wrong. It is a controversial tome as when he gets it wrong – he really gets it wrong but it’s fascinating and full of insight into the challenges that Cambodia has to overcome if it ever truly wants to be free of the shadow of the Khmer Rouge.

You can check out Cambodia’s Curse: The Modern History Of A Troubled Land by Joel Brinkley here.

Survival In The Killing Fields 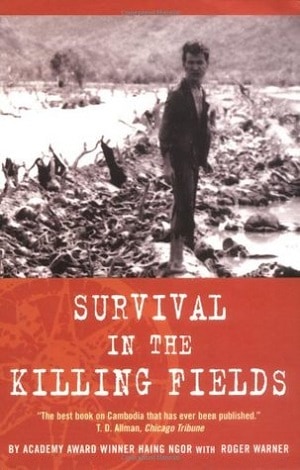 This book is a peculiar look at the Killing Fields and the impact of the Khmer Rouge regime. Dith Pran was a Khmer journalist whose story was told in the movie The Killing Fields. Haing Ngor is the actor who played him in the movie. He too lived through The Killing Fields before escaping to America and his story ends in tragedy not in the jungles of Cambodia but in the streets of Los Angeles.

You can check out Survival In The Killing Fields by Haing Ngor on Amazon here. 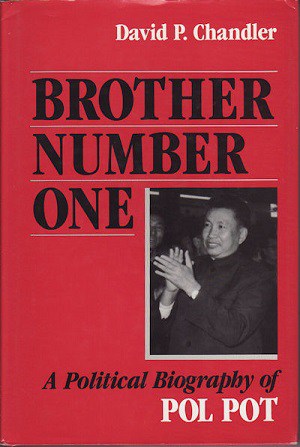 David Chandler’s prose is no less tedious in Brother Number 1 but his exploration of the life of Pol Pot, the genocidal maniac who founded the Khmer Rouge, is essential. You cannot hope to understand Cambodia without getting to grips with the worst part of its history and Brother Number 1 is one of a number of texts that will help you get there.

You can check out Brother Number 1 by David P Chandler on Amazon here. 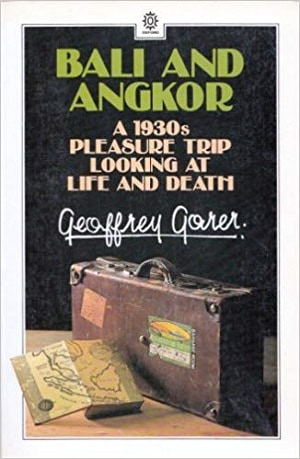 Geoffrey Gorer’s account of life in Bali and Angkor is so good that it made our 20 books every digital nomad should read list too. It is an unusual account that acknowledges the author’s ridiculous levels of personal privilege from the word go. He is quite happy to point out that his trip, back in the 1930s, was only possible because of his wealth and good fortune.

However, it’s a funny and well-written account that is surprisingly progressive for its time and place – even if it does feel a touch “racist” from today’s viewpoint.

You can check out Bali and Angkor by Geoffrey Gorer on Amazon here. 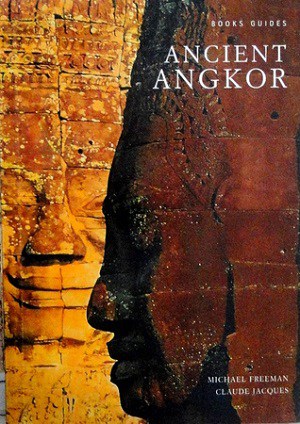 The best book about the Angkor National Park complex and its temples is definitely Ancient Angkor by Michael Freeman and Claude Jacques. It’s worth picking up the largest-sized copy you can find for the stunning photographs inside. It’s not a guide to the entire Angkor period but it’s got the most important sites covered well for the first time visitor.

You can check out Ancient Angkor by Michael Freeman and Claude Jacques on Amazon here.

Angkor And The Khmer Civilization 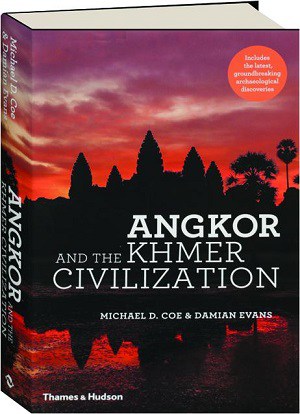 If you’d like to get a bit deeper into the Angkor period, then Michael D Coe’s Angkor and the Khmer Civilization is a pretty good jumping-off point. This charts the cut and thrust of Angkor society and how it built up and eventually collapsed under its own weigh too. It’s worth noting that there is a book (or books) dedicated to nearly every major temple complex in Cambodia – if you want to know more about a specific temple, you just need to find the right book. This, however, is much more a brief history of an empire.

You can check out Angkor And The Khmer Civilization by Michael D Coe on Amazon here. 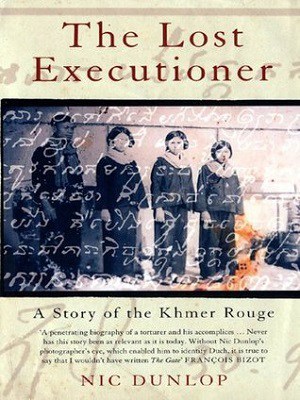 Nic Dunlop was one of the many journalists wandering Cambodia as it began to open up under the UNTAC regime which followed the collapse of the Khmer Rouge and the Vietnamese withdrawal from Phnom Penh. He wanted to understand how the Khmer Rouge came about and in his research, he made a shocking discovery – he located the infamous Comrade Deuch, the mass murderer and torturer in chief of the regime.

You can check out The Lost Executioner by Nic Dunlop on Amazon here.

Temple In The Clouds: Faith And Conflict At Preah Vihear 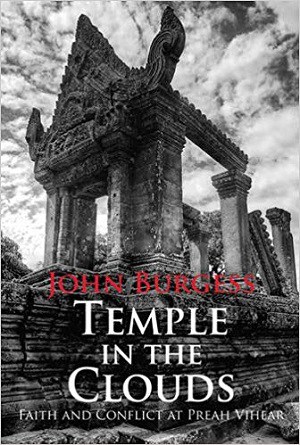 Hugely underrated and yet, one of the best histories of an almost unknown conflict in Southeast Asia. Temple In The Clouds: Faith And Conflict At Preah Vihear by John Burgess is not a guide to the spectacular UNESCO World Heritage Site of Preah Vihear but rather an examination of the history of the place and, in particular, the unofficial war between Cambodia and Thailand over this temple complex. It’s a fantastic read packed to the brim with interesting trivia and some horrific moments of the past too.

You can check out Temple In The Clouds: Faith And Conflict At Preah Vihear by John Burgess on Amazon here.

First They Killed My Father 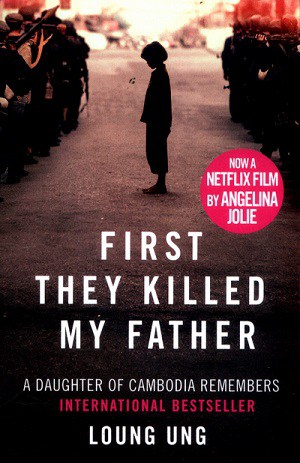 This may be the most famous book ever to come out of Cambodia, but I have to confess, there are so many personal stories of the horrors people endured under the Khmer Rouge that it became “just one more” to me. Angelina Jolie (one of Cambodia’s most famous regular visitors) turned the book into a movie and while its reception was lukewarm at best, it does cover the same ground as the book and quite faithfully too.

You can check out First They Killed My Father by Loung Ung here on Amazon. 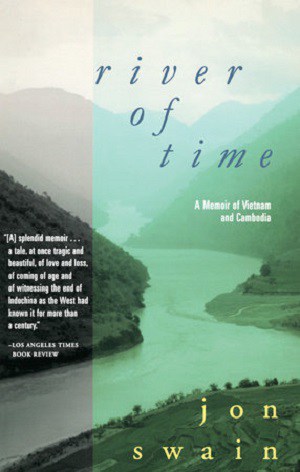 Jon Swain is the American journalist who befriends Dith Pranh (of The Killing Fields) and this is his story of the fall of Phnom Penh to the Khmer Rouge and the horror of having to leave his friend behind to Pol Pot’s torturers and monsters. It’s an unforgettable tale and as you might expect from a journalist of Swain’s caliber it’s eminently readable.

You can check out River of Time by Jon Swain on Amazon here. 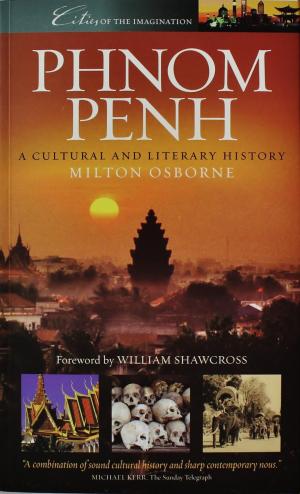 Milton Osborne is my favorite Southeast Asia historian and I thoroughly recommend you read everything he has written. Twice. Phnom Penh is one of two of his books which is exclusively about Cambodia and it takes a look at how the city came into being and how it has persevered over the last 200 years or so. It also, of course, touches on how the city was transformed under the tyranny of the Khmer Rouge.

You can check out Phnom Penh: A Cultural And Literary History by Milton Osborne here on Amazon.

Sideshow: Kissinger, Nixon and The Destruction Of Cambodia 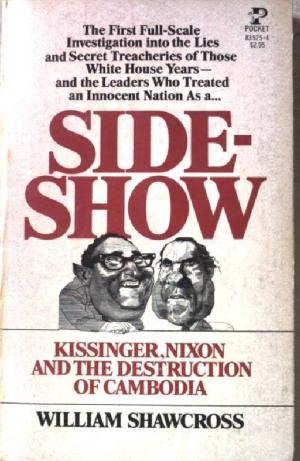 The inside scoop on the illegal war that America conducted inside Cambodian territory between 1969 and 1973. William Shawcross is a world-class journalist and this is one of his finest works. He has written other pieces about Cambodia too but none quite as brilliant as Sideshow.

You can check out Sideshow: Kissinger, Nixon and The Destruction Of Cambodia by William Shawcross on Amazon here.

When The War Was Over 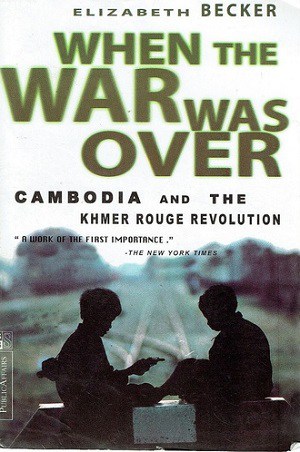 Elizabeth Becker’s book is considered essential reading if you want to understand the Khmer Rouge era but I confess, of all the books on this list, it was the one I had the hardest time with. The author clearly understands her subject better than nearly anyone else on earth, but I just found it hard going to actually read. Your mileage may vary. Personal taste is, after all, personal taste.

You can check out When the War Was Over by Elizabeth Becker on Amazon here. 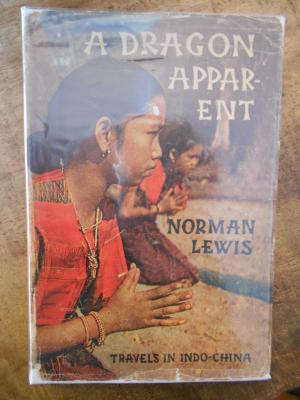 Norman Lewis doesn’t stick exclusively to Cambodia in this wonderful snapshot of life in 1951 in Indochina, but it is a vital moment in Khmer history which he touches upon. It’s the vision of life before the Khmer Rouge as Cambodia was slowly beginning to come of age. There’s nothing else quite like it and sadly, there will never be anything like it again.

You can check out A Dragon Apparent by Norman Lewis on Amazon here.

I confess. I am obsessed with Indochina. I could have made this list 3 or 4 times longer without any real hardships. In a fascinating part of the world, the most fascinating area is Cambodia – these 15 books are a great starting point for developing an understanding of a place that is, quite truthfully, a little bit beyond anyone’s ability to truly understand.