We don’t talk about this very much and we won’t be taking up reams of space on LGBT issues here on NomadTalk. That’s not because we’re prejudiced; in fact, we are a GBT (no L involved) couple. (We’ll leave you to work that out) but because we don’t see much in the way of an LGBT struggle nowadays.

Southeast Asia is a great place to be when it comes to being a digital nomad who is LGBT. Most places are tolerant and friendly and while nowhere has yet legalized gay marriage – we’d expect Thailand or the Philippines to get there in due course and for many other countries to follow suit when they have an example to follow. 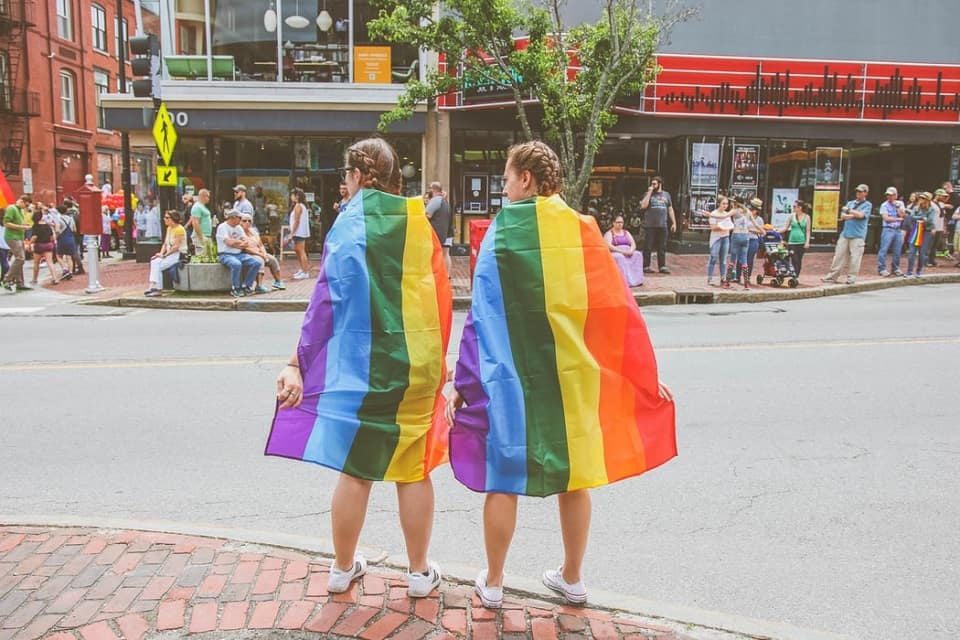 Before we begin, we need to note that the legal environment and the reality are often far removed from each other in some Southeast Asian countries.

We’d also like to point out that while public displays of affection are a bad idea in almost all Southeast Asian countries – this is also true for heterosexual couples, you are not being discriminated against when you’re told not to kiss in public, for example.

Many Southeast Asian nations may have more open forms of prostitution than you are used to at home, but the reality is that outside of the sex-industry most people are far, far more conservative than they are in the West.

Most people do not object to you being gay, lesbian or trans (though forget trying to sell non-binary as an identity, they will look at you as though you are from the moon – that’s just not a thing here, yet) but they probably don’t want to see overt displays of affection either.

One final thing: if you want to find a local partner (or partners) use condoms until you’ve both been declared free of HIV. While there may be no major prejudice in the region, there’s also a lack of LGBT health education and condoms are unheard of. Unprotected sex is very risky, indeed.

Brunei: Not As Bad As You Might Think But We’re Staying Away

Unless you have been living under a rock, it is impossible to have missed the fact that Brunei has introduced the death penalty for homosexuals. This makes it the least tolerant country in Southeast Asia.

They have clarified their position to stress that this law only applies to Muslims and is never expected to result in a successful prosecution. To which we say, “get stuffed.”

We don’t need Pride parades and group hugs from everyone we meet but making people’s sexuality subject to the death penalty? That’s too much. So, until this law is withdrawn – we’re avoiding Brunei completely.

Living in openly gay relationships in Cambodia is very easy, indeed. The locals have a very high level of tolerance for LGBT folk and there are many gay and lesbian bars dotted around the major cities (except Battambang which doesn’t really have many bars anyway).

Holding hands in public is fine but don’t get overtly sexual because that’s frowned on for everyone.

This isn’t to say the local people who are LGBT face no discrimination. The country may have been the first to enshrine LGBT equality by law in the region but there’s no enforcement and people may be passed over jobs, housing, etc. with no real comeback.

East Timor: Off The Beaten Path And Getting More Tolerant

East Timor holds a Pride event each year and gay relationships are perfectly legal. You are unlikely to be overtly discriminated against or attacked but you may not be welcomed with open arms everywhere either.

Gay couples do not, yet, have the same rights under law as straight couples but we feel that it’s coming and both the Catholic Church and the Timorese Parliament have indicated that they’d like to see an end to LGBT-discrimination of any kind in the country. 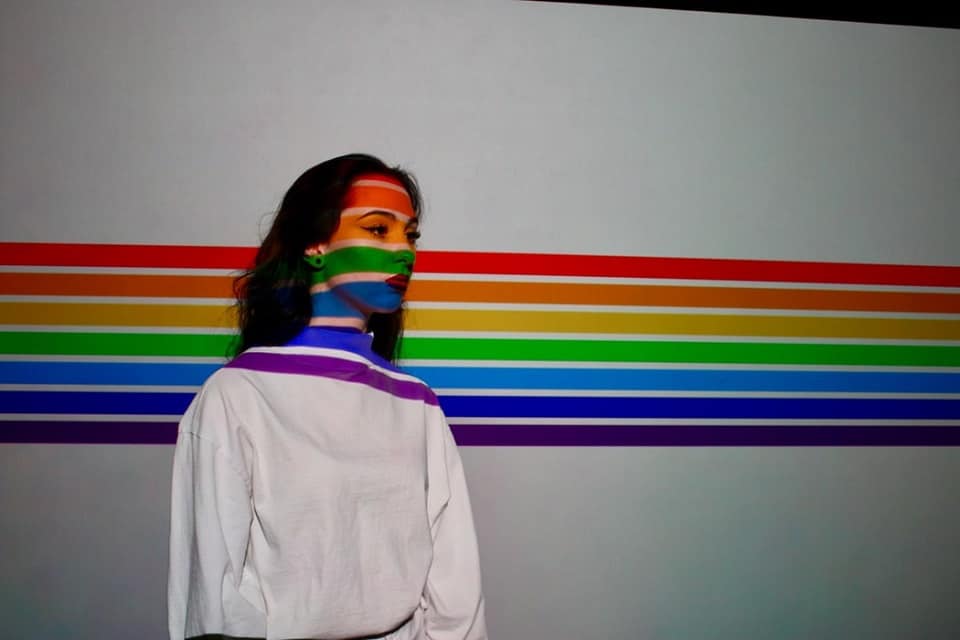 Indonesia has had a long tradition of secular tolerance for LGBT folk and until recently things were OK in the Muslim-majority country. Now, the province of Aceh has criminalized being gay and the punishment for being caught is a public flogging.

Across the country, people are becoming more intolerant and there is pressure on the lawmakers to criminalize homosexuality across the country. You are advised to be discrete if you visit these places though you are at no real risk of attack or overt discrimination.

The exception to this is in the digital nomad hub of Bali. The majority Hindu population there is pretty much unfussed about LGBT folks and you can be “out and proud” with no risks at all. For now.

Laos: No Official Support But No Real Issues Either

I’ve spent a lot of time in Laos and can say that nobody seems to care much either way about your sexuality there. It has never been a criminal offense to be gay in Laos and while there once was a law prohibiting foreigners from having sexual relations with Lao citizens they weren’t married to, that has since been repealed.

Locals may not be keen to date foreigners, however, and there may be occasional and minor discrimination in dealing with officialdom. Overall, Laos is one of the most tolerant places to be LGBT around and for a former communist country, that’s something of a miracle.

Laos has almost as many transgender male-to-females as Cambodia and Thailand do.

Malaysia: No Public Displays Of Affection And A Blind-Eye Turned

It is fair to say that if you’re Muslim and gay, you’re opening yourself up to potential prosecution in Malaysia. It doesn’t happen often and it almost always seems to be linked to something political but it is a risk. Being gay is, technically speaking, illegal in Malaysia.

In reality, for non-Muslims, and for discrete Muslims – nobody really cares. You can check into a hotel together, no problems. You can walk around hand in hand without anyone noticing (it’s actually traditional for same-sex friends to hold hands in Muslim countries – so nobody will even think twice about this).

You can’t make it into a big deal but as long as you don’t shout about it – don’t expect to encounter any troubles in Malaysia. Though, if you are trans and “passable”, you may find that the immigration officer spends several minutes trying to work out if you are who you say you are.

LGBT visitors to Myanmar have no legal rights and there is a generally oppressive official attitude towards LGBT communities.

However, if you are only visiting the major tourist sites and staying mainly in Yangon, you’re unlikely to have any really distressing encounters either.

We’re hoping that this will change in the coming years as the rest of the region is becoming more tolerant, but we’ll wait and see.

President Duterte is best known for his “shoot ‘em in the face” anti-drug policy but for a leader in a Catholic country, he has been fairly supportive of LGBT rights. It’s said that he once dated a ladyboy (this is the correct term for a male-to-female transgender person in Southeast Asia, it is not a prejudicial one).

He has been clear that he thinks bisexuals are lucky and can get more dates (obviously a Woody Allen fan, right?) and has backed gay marriage too.

The legal system is slowly catching up and while the strict Catholic attitude of the nation means you are unlikely to be praised for being LGBT, you won’t be harassed for it either as long as you don’t engage in public displays of affection beyond holding hands.

Trans rights vary from city to city but several cities in the Philippines have passed local ordinances that make it legal to use women’s bathrooms, changing rooms in stores, etc. 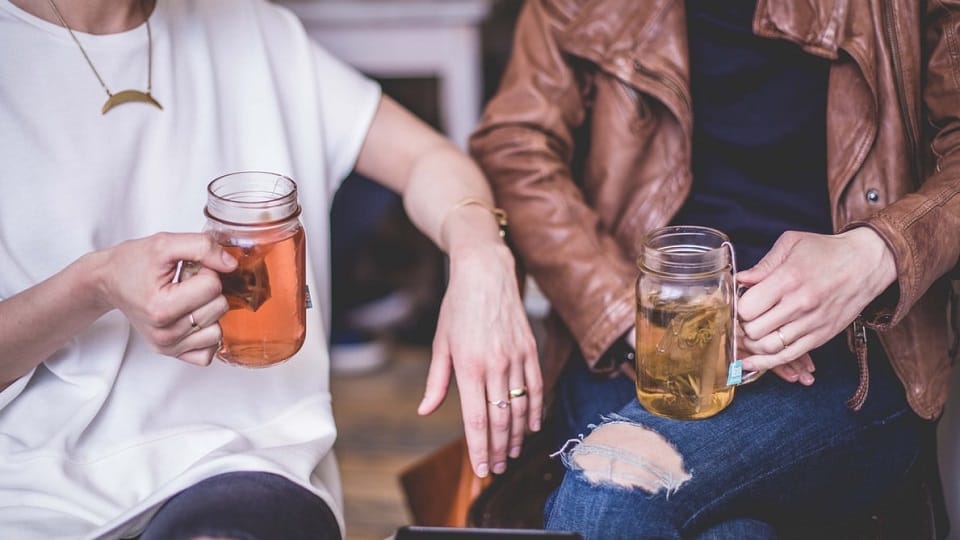 It may come as a surprise to learn that it’s still illegal to be gay in Singapore. After all, the city-state is otherwise the most modern and advanced place to be in Southeast Asia.

All we can say is that while there may be the occasional bump in the road for local LGBT folk (though prosecutions for being gay are unheard of) – there are none for visitors.

You might even get away with the occasional discrete kiss in public in Singapore. It actually is the most modern and cosmopolitan place in the region.

Thailand: Not 100% Perfect But Fine

There is a common myth that Thailand is LGBT heaven. This is not true. If you actually make a genuine connection with a ladyboy or a gay person in Thailand, you will quickly discover that while some people are completely supportive – some are not.

Thai LGBT folk are regularly ostracized by their families or discriminated against in the workplace.

For foreign visitors, however, the country often feels incredibly free. You’re safe to travel anywhere in Thailand apart from the very Muslim cities in the very South of the country without worrying about discrimination.

Vietnam comes as a pleasant surprise. There is a booming LGBT scene in both Hanoi and Ho Chi Minh City. The country has recently legalized LGBT relationships and there seems to be no hostility towards LGBT couples.

Ladyboys and transgender folk are much rarer in Vietnam than almost anywhere else in the region and you may get the occasional stare from people but they’re not being hostile – just curious.

Oddly, there’s a big love for drag queens in Hanoi and nearly all LGBT events will have a group of drag artists performing at it.

Vietnamese LGBT people still have struggles to get fair treatment at times but this will not affect a foreign visitor.

There’s still work to be done for LGBT rights in Southeast Asia but there’s a long history of ladyboys and transgender people are generally well accepted throughout the region. Most countries will be fine to visit as an LGBT person (we’re not vouching for Brunei though).

We would note that there is a resistance in much of the Asian gay scene to dating foreign men and women. It can be harder for a gay person to find a local date in Bangkok than in New York.

Ladyboys, however, are often delighted to date foreign guys who are seen as more stable and less likely to run off and get married and have kids.

We don’t know that much about the ins and outs of the lesbian dating scene though we note that Chiang Mai has the highest ratio of lesbian couples that we’ve ever known anywhere.

Nicholas Barang is a veteran digital nomad. In fact, he was probably "digital nomading" before it was called that. He believes that anyone can make a free and independent life if they want to. He wants to help those who commit to finding their own path. And to cut through the nonsense told about this "lifestyle" by those in search of a quick buck. If you want to reach him you can send him an e-mail at nicholasbarang@gmail.com or to nick at nomadtalk.net.

I think it’s fair to say, our favorite digital nomad destination in Southeast Asia is Siem Reap in Cambodia. This small sleepy town, which is home to the world’s largest religious building,...