For some digital nomads, the biggest question they will ever face in their lives will be; “Can I be a digital nomad and take my kids with me?” It is a huge deal for the whole family and it’s fair to say that there are two schools of thought on this.

Some say that digital nomad life and children just don’t mix. They say it’s “time to grow up and go home” when you have kids. They contend that a life where you move around a lot will wreak havoc on the child’s emotional and intellectual development.

Over in the other corner, you have the passionate defenders of this way of life who say it’s entirely possible to be a successful digital nomad AND a successful parent as long as you take your kids into account when planning your nomadic existence.

So, let’s take a look at the two positions and then you can decide for yourself. 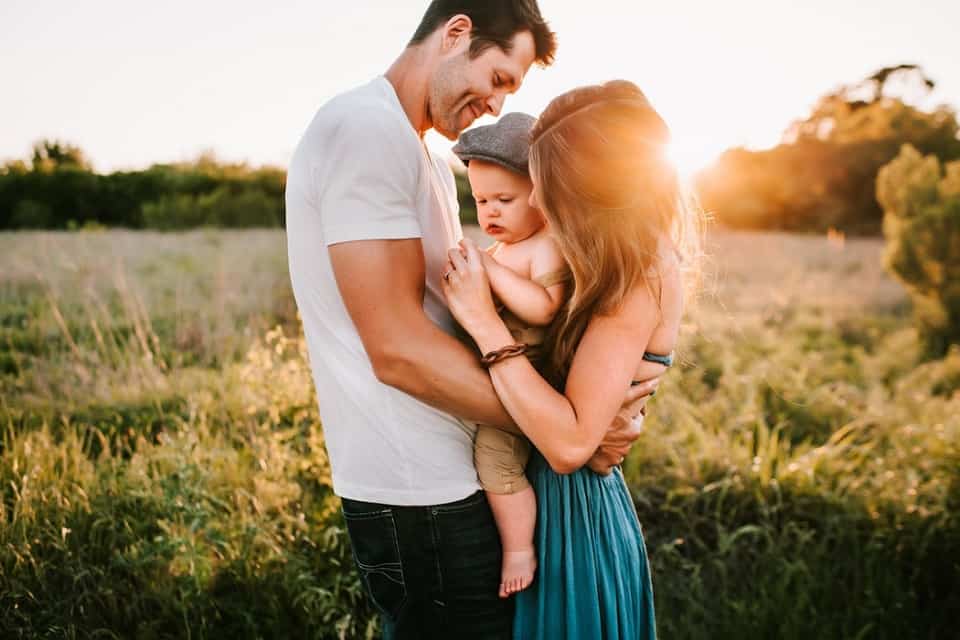 Megan lived in the same city for nearly all of her life before she met me. She took up the digital nomad mantle as an adult.

I, on the other hand, have been nomadic for my entire life. My family moved to Nigeria when I was very young, when we returned to the UK, they moved several times, then I went away to a series of schools – each in a different part of the country, as soon as I could go to university, I left my hometown and apart from a very brief interlude – I’ve never been back.

My first jobs took me all over the country and then I left the UK and I’ve been moving around ever since.

Neither Megan nor I make any claims to saintliness or being perfect people but neither of us turned out terribly, either.

So, we’re pretty convinced that it’s not the life you choose that makes your kids into monsters – it’s the way you raise them.

I thought it was important to get our perspective upfront so that you can keep your eyes peeled for any signs of bias creeping into our breakdown. 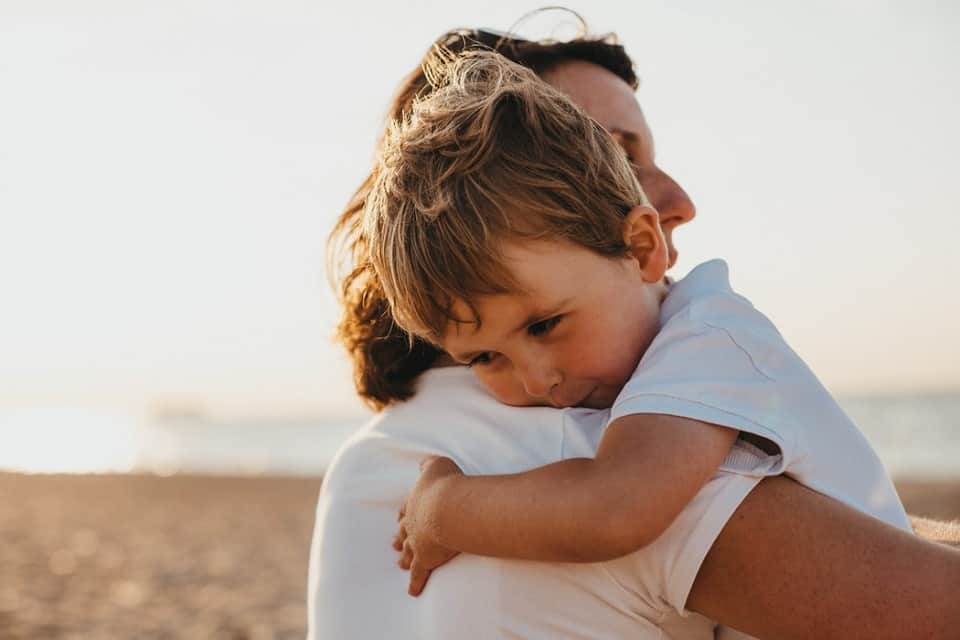 While this segment of the digital nomad population may not be right, they are certainly the loudest group. Many women feel that being “a woman” places them in a special place to judge even when they have no kids of their own.

Fortunately, it is possible to look at both sides of this argument using research and facts, in the main, to replace these personal biases. In truth, for every excellent mother out there – there’s a terrible one and more importantly, it is impossible to tell which you will be in advance.

The Myth Of Child Raising Difficulty

We’d also like to bust a popular myth about the difficulty of parenting – there has never been an easier time in history to raise children than today. Never.

Thanks to modern medicine your children have a much higher chance of surviving to adulthood than ever before. Thanks to the education system, if you want it to – your children can be raised for a substantial part of their lives safely, by strangers, and often (if you stay in your country or emigrate legally) for free.

If you need more help and you live in a developing nation; you can hire a maid, a nanny and even a private tutor for roughly the costs of hiring a part-time cleaner at home.

Thanks to security cameras – your children are at the lowest possible risk of abduction and attack too.

Feeding your kids well is easy as well. There are endless amounts of nutritional information out there.

And so on… the only people that want you to think raising children is a difficult job are in the advertising industry.  Then they can sell you problems you don’t have so that you can buy solutions you don’t need.

Billions of parents have successfully raised children without a single one of these advantages. Count yourself lucky, which you are, and enjoy things for what they are.

This is important because much of the argument against having kids and living as a digital nomad stems from the idea that raising children is unbelievably difficult.

The evidence is quite clear that it’s not. With over 7 billion people on the planet, it turns out that raising children is incredibly easy and easier still if you have the advantages of a decent income and education.

If you find anyone stating absolutes – be cautious, they’re no better informed than you are.

However, there is this study called Adverse Outcomes to Early Middle Age Linked With Childhood Residential Mobility, which suggests that kids who move around a lot – turn into middle-aged monsters.

It’s important to remember that firstly, this is a Danish study and the kids involved were Danish – maybe kids from other countries have different outcomes? It’s also important to note that the children in the study only moved around in their own country – most digital nomads go overseas.

That doesn’t mean that this study may not have broader implications – what it means is that we just don’t know, as yet, whether this study is representative of anything much.

Constantly moving around your own country with your family (before the popularization of remote work), suggests a low income and high risk childhood anyway. Is it possible that these factors combine with constant movement to really mess with a child’s head? We don’t know and nor does anyone else.

The Rest Of The “No Way” Argument

The rest of the digital nomads and kids don’t mix argument is mainly emotive. While we can’t blame people for being nervous about their children’s development – we will note that Megan grew up in a Filipino slum and life has turned out OK for her and her siblings.

Emotional arguments aren’t all that important – unless they are your emotions, in which case they matter very much to you, indeed. They don’t offer any valuable guidance on what to do or what not to do.

Digital Nomads And Kids Are A Great Idea! 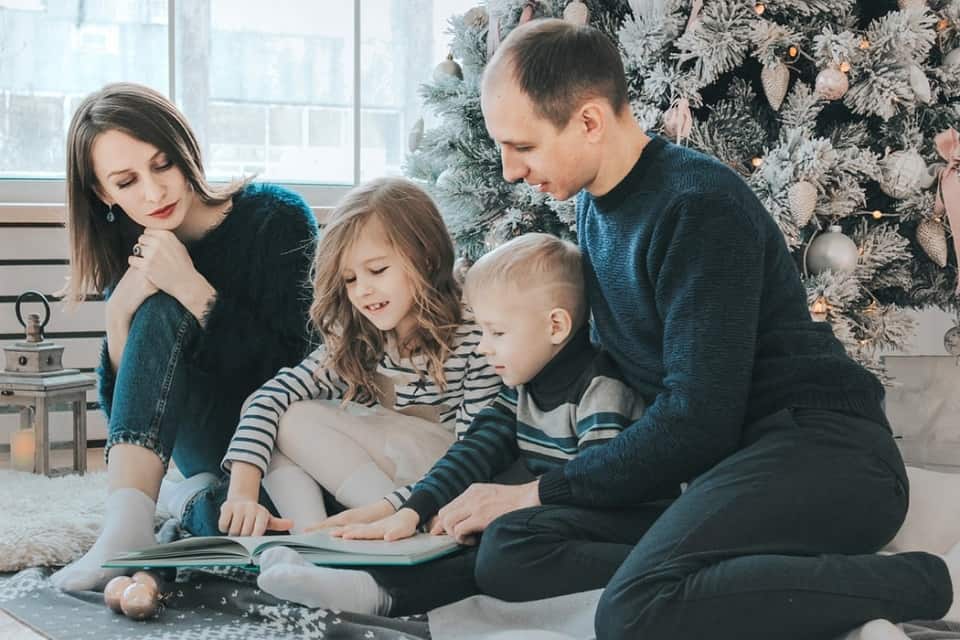 Now, we turn to the argument in favor of having a digital nomad life with kids. We would like to acknowledge at this point that moving to a developing nation can increase certain risks. For example, whilst Cambodia is a great place for kids to grow up in many respects – medical care is terrible, so you’d need a plan to get your kids out if something went really badly.

Having said that, there’s no reason that your kids are going to have anything worse happen to them in Cambodia than would happen in Chicago. In many respects, Cambodia is safer as there are no mass shootings, race riots, etc. in Cambodia.

It’s all swings and roundabouts in the end.

The Facts In Favor Of Digital Nomad Parents

Jaak Panksepp, of the University of Brazil’s Clinical Psychology lab, defined 7 emotional systems that we must master. Included in that list are Play/Social Joy and Seeking/Enthusiasm.

It can be argued, and probably should be, that digital nomad life makes it easier for children to play and can help them learn to “seek” and be enthusiastic.

It is easy to argue that a failure to instill such qualities in a child is going to leave that child at greater risk of depression in later life.

However, we’d also note that it’s entirely possible to find both these qualities in a non-nomadic life as long as a parent works to make them available to their child.

The trouble with this argument is that nobody defines exactly how much “environmental enrichment” is enough? Would a 2-week vacation somewhere new every year have the same benefits as a nomadic lifestyle?

Could travel within your own country on weekends, yield similar benefits?

Our conclusion based on the evidence has to be – there is no evidence that firmly suggests that this is a good idea and similarly none that suggests it’s a bad idea. That means – it’s up to you decide what you want to do.

They’re your kids. Your call. No life is free of problems – whether you stay in one place or whether you travel, there will always be problems, the only thing that changes is the types of problem that you will encounter.