We’ve all been there, either by accident of design, the extended layover in a country we’re not actually visiting but which was offering the cheapest fare deals possible if you made a slight detour on your journey.

But how do you get the most out of your layover as a digital nomad? Well, we got a bunch of tips that can help turn the downtime into an upside for you: 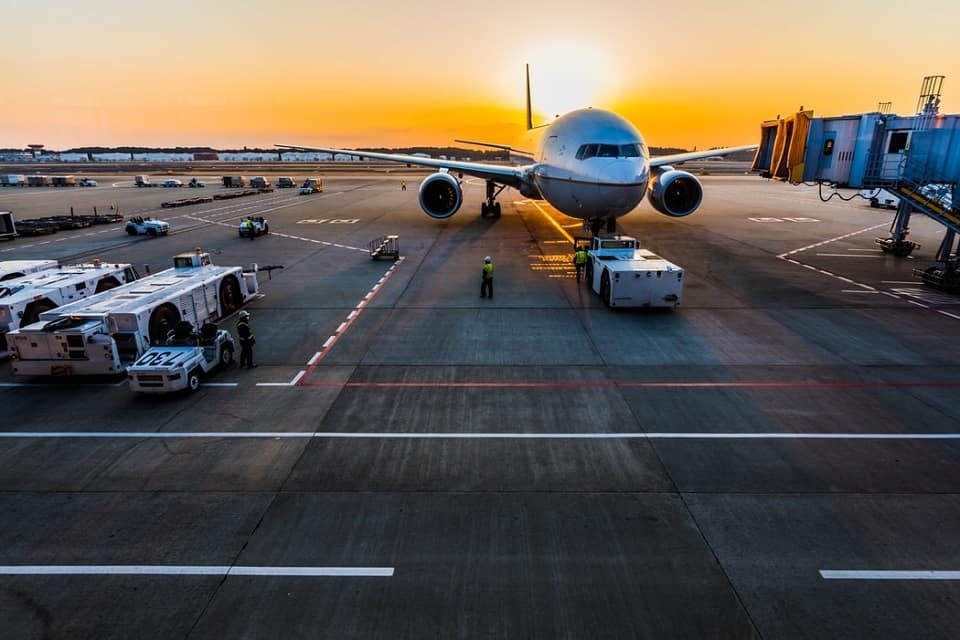 15 Tips To Make The Most Out Of A Layover

We’ve got 15 super ways to get the most out of a layover even if it’s really short.

If you’re only getting a short layover (I’ve had one that was just 20 minutes but thankfully, it was in a tiny airport) then you want to know as much as you can about where you need to be when you hit the ground.

What’s the facility for changing planes like? If you’re changing from domestic to international or vice-versa – you will, almost certainly, need to pass through immigration. You also ought to know where the airline expects your next flight to leave from. Sadly, this can be a bit of a “hit and miss” thing with gate numbers changing regularly.

So, make sure you know where a departure board is when you land so that you can check you’re still going to the right place.

I was once at a German airport with more than an hour to change planes. It wasn’t until we got there that we found that we had to collect our luggage and transfer it by hand, that the other plane was in a different terminal a long walk away and that there was an insane queue for security screening (we’d have missed our flight if I hadn’t walked to the front and begged to push in).

We could have avoided much of the stress if I’d just done my research beforehand.

See If You Can Leave The Airport

Even countries that don’t offer visa-on-arrival quite often offer a “transit visa” that is a 1-3 day pass into the local city for you to kill time while you wait for your flight. Shanghai, for example, is quite famous for this. I have a friend who never takes advantage of this facility and it drives me mad.

It wouldn’t matter where I rocked up in the world, I’d rather see somewhere new than sit in yet another airport.

I also confess that while I am now a firmly established ex-smoker back in my smoking days, it could help to get out of the airport even for a few minutes just to get a cigarette and, in fact, I once spent £10 on a visa in Istanbul so I could sit outside and smoke for an hour or so before coming back in to wait for my flight.

Take A Wander Around The Airport

If you can’t get out or don’t want to go out, then it can help to take a stroll around the airport before you settle in.

You don’t have to tread every yard of it but it can help to figure out how far away your next boarding gate is and where the most useful facilities are. You may not want to spend hours in duty-free but knowing where the “paid access” business class lounge is or the nearest coffee shop can be invaluable.

It might even help to know the lay of the land if a major emergency should strike, now that’s not something that should play on your mind because odds are – it won’t – but it could be handy all the same.

Check Out The Paid For Business Class Lounge Facility

Obviously, if you are traveling business class – you can head to your airline’s lounge and enjoy what they have to offer. But if you’re not, you can still make use of the facilities for the more well-heeled traveler for a small fee.

I love business class lounges – once you pay up, you’re entitled to free food and drink for a few hours (this can offset the cost entirely – for example, in Bahrain the lounge access was $20 but a beer was nearly $12 in the airport bar… in the lounge you can drink as many beers as you can handle).

You also get nice seating, a safe haven from screaming kids, good Wi-Fi access and often there are also shower facilities too.

Take Time To Recharge Your Devices

The odds are pretty good that a digital nomad is using a bunch of electronic equipment on their flight. So, when you land somewhere, and you know that you’re going to be stuck in the airport for hours – why not plug your gear in and get it charging?

Make sure you keep an eye on it though, as there are plenty of light-fingered travelers who’d be happy to snaffle a free iPad knowing that they’re never going to face extradition from their destination for their crime. 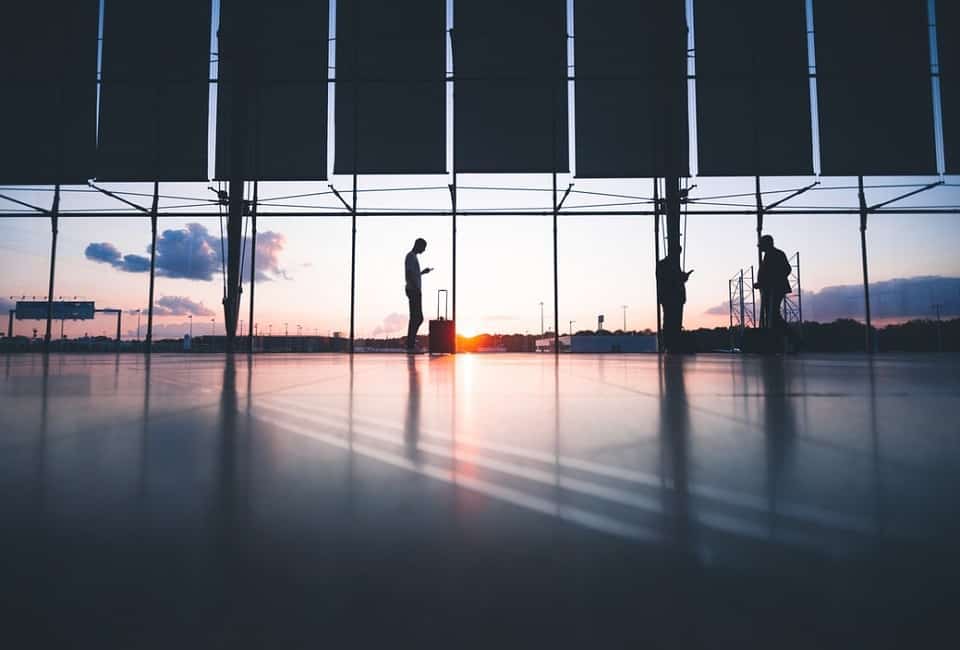 Flying sucks and it leaves you feeling low energy and exhausted. A great way to get the energy back can be to do a quick workout. Many airports now have gym facilities that you can use either for free or for a very small fee (and in some instances for a much larger fee, sadly).

Getting your blood flowing after a flight can really help you to feel better about yourself.

More and more airports around the world are offering quiet spaces where you can either meditate or pray. It’s not everyone’s cup of tea but it can be a great way to build a little inner peace and get comfortable after being on a plane for hours.

Think About Getting A Room In An Airport Hotel

There are a lot of airports that actually have hotels inside the terminal now. Instead of leaving and worrying about missing your flight, you just check-in, let reception know which flight you are on (and they then ensure a wake-up call, etc.) and catch some z’s.

It’s definitely not the cheapest option for hotel space (though some are capsule-style hotels which aren’t too ridiculously priced) but if you’re going to be stuck somewhere for a day or more – it’s an essential part of the layover experience.

Consider Getting Some Sleep

You can often just crash where you feel like in an airport though you may find that security wakes you up every now and again to make sure you’re OK and because you make the place look untidy. Having said that I’ve crashed at Don Mueang in Thailand, Stansted in the UK and a few others and never had any hassle at all.

Get your smartphone out (or a board game) and challenge a few people around you (or the people you’re traveling with) to have some fun. You may get the occasional funny look but it’s a super way to pass the time and even to make some new friends.

Get Some Food Down You

OK, most airports have dismal choices of catering but there are places, such as Heathrow in London where they have great food options. (Gordon Ramsay’s Plane Food is based at Heathrow).

However, eating is an important part of a healthy life and the occasional Burger King won’t kill you and it will make you feel better than being hungry. 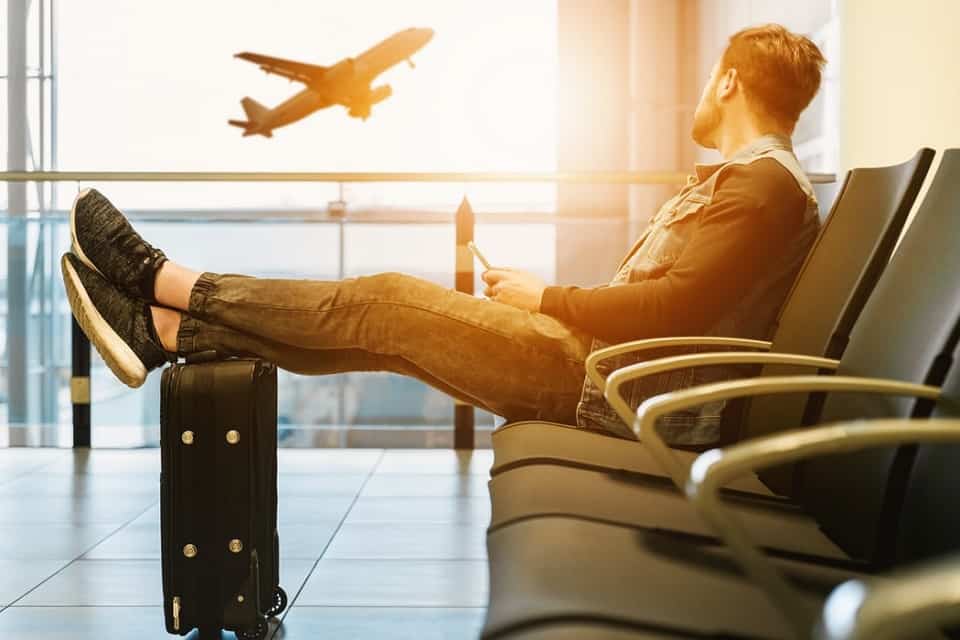 If you like new experiences, you ought to love sitting in an airport and watching people from everywhere around the world from all walks of life wander by. I can spend hours just watching folks go about their business at airports.

Social media fans might even want to take some pictures or share juicy gossip that they’ve overheard. (Though be careful – it’s illegal to take photos in some airports, don’t get arrested).

This is what the airport bar was made for. Go and have a couple of drinks (they don’t have to be alcoholic) and talk to all the old hands and fresh faces of the travel world. Everybody in an airport bar tends to be gregarious and wants to share their excitement or misery at the thought of their next destination.

Airport bookshops often have the very latest books by your favorite authors, in fact, some are pre-released at airports so they can put “International Bestseller” on the domestic print runs. Reading can make the time fly by (excuse the pun).

I am not a big journal keeper; I feel like I do enough writing as it is, but many travelers find that keeping a journal is a ton of fun and helps them keep their travel memories alive. If you’re that kind of person then a layover is the perfect time to get out the notebook and record your observations.

A layover at an airport is never really the thing that we want to be doing but a smart digital nomad can make more out of a layover than the average traveler can. It may give you the opportunity to explore the country or at least to have a couple of new experiences you might not have had otherwise.